News > Family Thanks Hospital Staff For Precious Time With Baby

Family Thanks Hospital Staff For Precious Time With Baby

A FAMILY who had to say goodbye to their baby at just five days old have thanked the staff who enabled the perfect farewell for him.

Hannah Eldridge and Lee Shannon were heartbroken when their second child Christian arrived into the world premature and struggling to cope. Christian, who the family call Ti (pronounced Tee) was born at just 24 weeks old at Saint Mary’s Hospital in Manchester earlier this year.

Weighing only 1lb 6oz, Ti’s parents knew his prognosis wouldn’t be good. But just five days later they had to say their goodbyes to their second son.

Although it was difficult to say goodbye to their baby, both Hannah and Lee said they couldn’t have wished for a better time with Ti. Hearing about the wonderful care the family had received, friends of Hannah and Lee decided to fundraise for Saint Mary’s Hospital Charity.

“It sounds strange but for me, the last day was actually my favourite day with Ti because we got to cuddle him and spend time with him without all the tubes and machines,” said Lee, 41. “I feel so grateful that we at least got to have those cuddles and goodbyes and the staff didn’t rush us at all.”

Hannah, 39, added: “We were told we could have as much time as we wanted with him in the Snowdrop Bereavement Suite, which was such a lovely environment. It meant that saying goodbye was a very peaceful experience and I will forever be grateful that we had that time – it was just wonderful.”

Ti’s older brother James, who is three-and-a-half, was also born prematurely at 32 weeks. But it was still a shock when, while out on a day trip in North Yorkshire, Hannah started contractions. The couple, who live in Salford, assured themselves it was Braxton Hicks (a type of “false labour” pain) but decided to go to Saint Mary’s Hospital to get it checked out anyway. Soon they found themselves in the delivery room – the exact same room where James had been born. (Pictured: Lee and Hannah with their son James)

“Because we’d had James early we knew that with premature babies they have to whisk them away to get them ventilated and check them over,” explained Lee. “So that part of things was less of a surprise than it might have been to other parents – we were still relatively calm at that point.

“Ti was taken straight up to NICU (neonatal intensive care unit) to be put on a ventilator and get the medicines into him that he needed. It was a few hours before we could see him.”

The following morning, Hannah and Lee and were given a fuller update on Ti’s condition and although there were some complications, they were optimistic about his prognosis. Sadly the following day, his condition had worsened.

“One of our consultants explained that 24-weekers don’t tend to do so well, but Ti wasn’t even doing as well as they’d hoped,” said Lee. “His lungs, breathing, heart….everything was struggling. The next day he still wasn’t doing well and that was just devastating for us.”

A few days after their baby’s birth, Hannah and Lee were able to meet with some parents whose babies were also on NICU and listen to their experiences. They felt supported and reassured talking about the same things they were experiencing with Ti.

But sadly on the fifth day, the last day that Ti was alive, Hannah and Lee were told that Ti had experienced a grade 4 bleed on his brain (the most severe form), from which he would not recover. Unfortunately there was nothing further that medical teams could do for him.

“It was absolutely devastating,” said Hannah. “But when we were shown into the Snowdrop Bereavement Suite we were given all the time in the world we needed to say goodbye and it was actually our first opportunity to hold him properly.

“We both felt very supported by the staff and they took the time to explain what was going to happen and answer our questions. I will be forever grateful for the time we had with Ti and because we weren’t rushed, when we did decide to leave, we felt ready.”

Over the following days staff at Saint Mary’s Hospital, including a specialist neonatal bereavement support sister, were there to answer the couple’s questions and even supported them in finding the right language to explain Ti’s passing to James in an age-appropriate way.

“We considered not telling him on the basis that he might not remember he had a baby brother but I’m so glad we did,” said Hannah. “We now refer to Ti in conversation and it means so much to me to be able to do that; it’s a way of maintaining the connection that I have with him, now and in the future.”

Moved by the compassion and support the couple were shown at Saint Mary’s Hospital, Lee’s friend Chris Taylor decided to run the Great Manchester Run this year alongside colleague George. Chris, a landlord at The Grey Horse Inn on Portland Street, Manchester, was due to run the 10K part of the event in May. Sadly, the event was postponed and then later cancelled. Chris said: “I wanted to help Lee in a tangible way and didn’t really know what to do. This is about showing Lee that we’re supporting him, Hannah and James but also raising awareness of what the Charity and the Hospital are able to do for families.”

“What Hannah, Lee and James went through is devastating and I offer them my sincere condolences. It’s very moving to hear that Chris was so passionate about doing something for the family that he decided to fundraise and run the 10K.

“We’re very sad that the Great Manchester Run was cancelled this year but we obviously understand the reasons why. We look forward to meeting all our 10K runners, including Chris and George, next year at the 2021 event.”

Anyone wishing to sponsor Chris can visit his JustGiving Page.

Anyone wishing to find out more about the organisation can visit the Saint Mary’s Hospital Charity page. 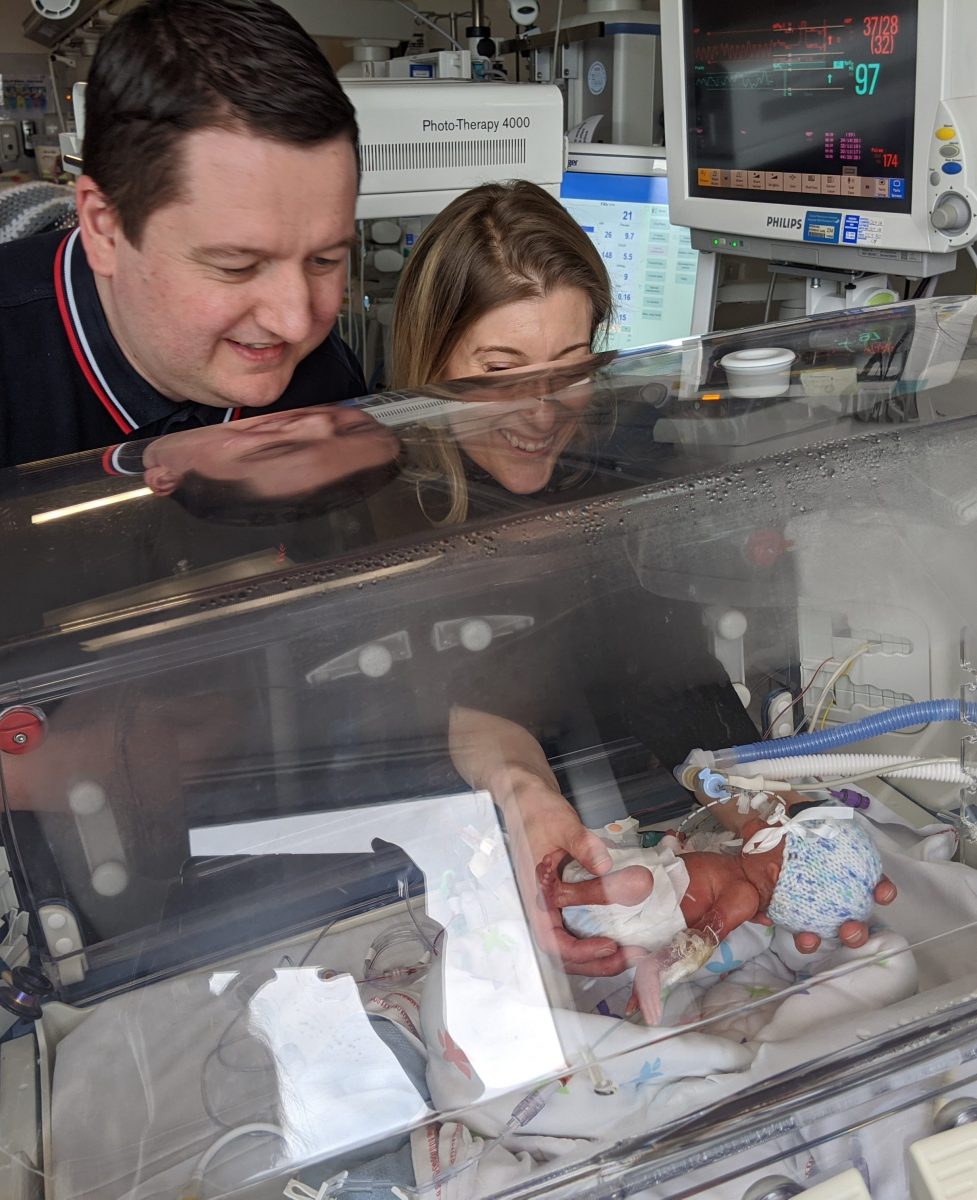