Her love of belly dancing inspired former Saint Mary’s Hospital patient Carol Hughes in her quest to raise funds for the hospital’s charity. Here she explains why…

I remember being diagnosed with endometrial cancer (womb cancer) two days before Christmas in 2005.

I had been suffering from symptoms for a while, so I was being investigated by the gynaecology team at Saint Mary’s Hospital for a few months prior.

I’d been bleeding between periods so they were looking into it. I was 43 at the time, which was quite unusual as most women diagnosed with womb cancer are usually older. But since receiving my diagnosis I’ve met women in their 20s and 30s with it too, so it’s important to get these things checked out and investigated properly.

After the diagnosis I had my surgery in the January and had a full hysterectomy and went through a surgical menopause. I was lucky because I didn’t have to have radiotherapy or chemotherapy though.

Back then there wasn’t a dedicated womb cancer charity and I really struggled to find information about it, particularly in younger women. So I knew the fundraising would tie in with raising awareness of womb cancer too.

After five years of check-ups and regular appointments I was officially signed off from Saint Mary’s Hospital and it was at a time when I was really into my belly dancing. I knew of friends who’d done belly dancing evenings to raise money so I decided that would be a really fun way of fundraising.

The evening had lots of belly dancing performances, a live Arabic band and a Middle Eastern food buffet. I was really pleased with how it went and I raised about £600 for the Gynaecology and Oncology team at Saint Mary’s Hospital. I’m pictured holding one of the cheques on this page.

As well as fundraising, I’ve become a member of the Womb Cancer Alliance Steering Group to coordinate and organise the priority setting process for womb cancers. 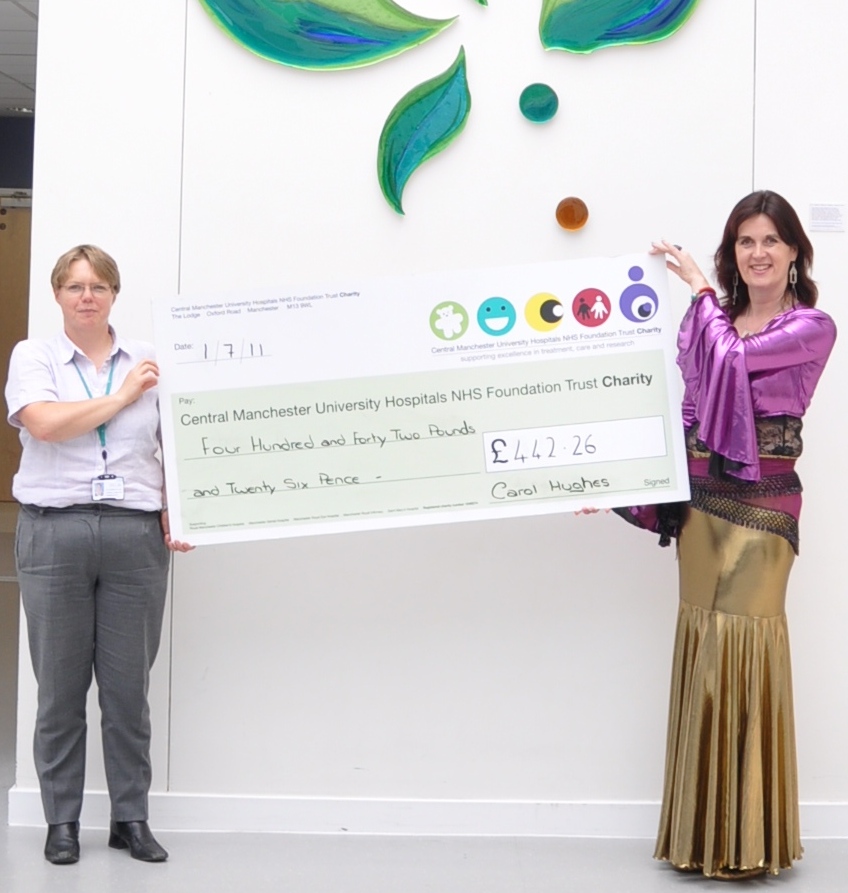