When Jess was a baby she had an operation on her eye – the first of many at Manchester Royal Eye Hospital. Her mum Lyndsey explains her daughter’s diagnosis and how she helped Jess come to terms with wearing an eye patch…

We were so excited when Jess was born – she would be a little sister to our first daughter Millie. But within a few hours during some basic newborn health checks, the doctors told us something was wrong.

They noticed Jess didn’t have any reflexes in her right eye and there could be a number of things wrong, perhaps even a tumour. Hearing the word ‘tumour’ was scary and we didn’t know what to think.

We were referred to Manchester Royal Eye Hospital and the doctor there told us she had cataracts and may have low or no vision in her eye.

Jess had her first operation at six weeks old. I remember thinking how small she looked going down to theatre. It was scary, but the doctors and surgeons were all fantastic with her.

Jess was given an artificial lens for her eye, but as she was so small, she couldn’t have one fitted during surgery as it would need changing as she grew. So my husband Alan and I were given a contact lens to put in each day.

A few weeks later Jess developed glaucoma, which is common side effect of the operation. She needed further surgeries to help with drainage from her eye and to manage a squint. In total she has had five operations and she may need more in future.

She’s now five and wears eye patches each morning to make her weaker eye work harder. At lunch time she can remove it and see with both eyes.

At first it was a real struggle to get her to wear it at all and if we got even 10 minutes we’d consider it an achievement. But it became easier when she started pre-school because she had a daily routine and knew when to take it off.

The patches come in lots of colourful designs and patterns, which look nice. But Jess started asking questions about why other children don’t have to wear patches. We told her she had a “Super Eye” and it meant she was special. It helped her come to terms with it.

We’re so grateful for all the support we’ve had from the hospital and took part in Great Manchester Run 2019 to raise funds for Manchester Royal Eye Hospital Charity. 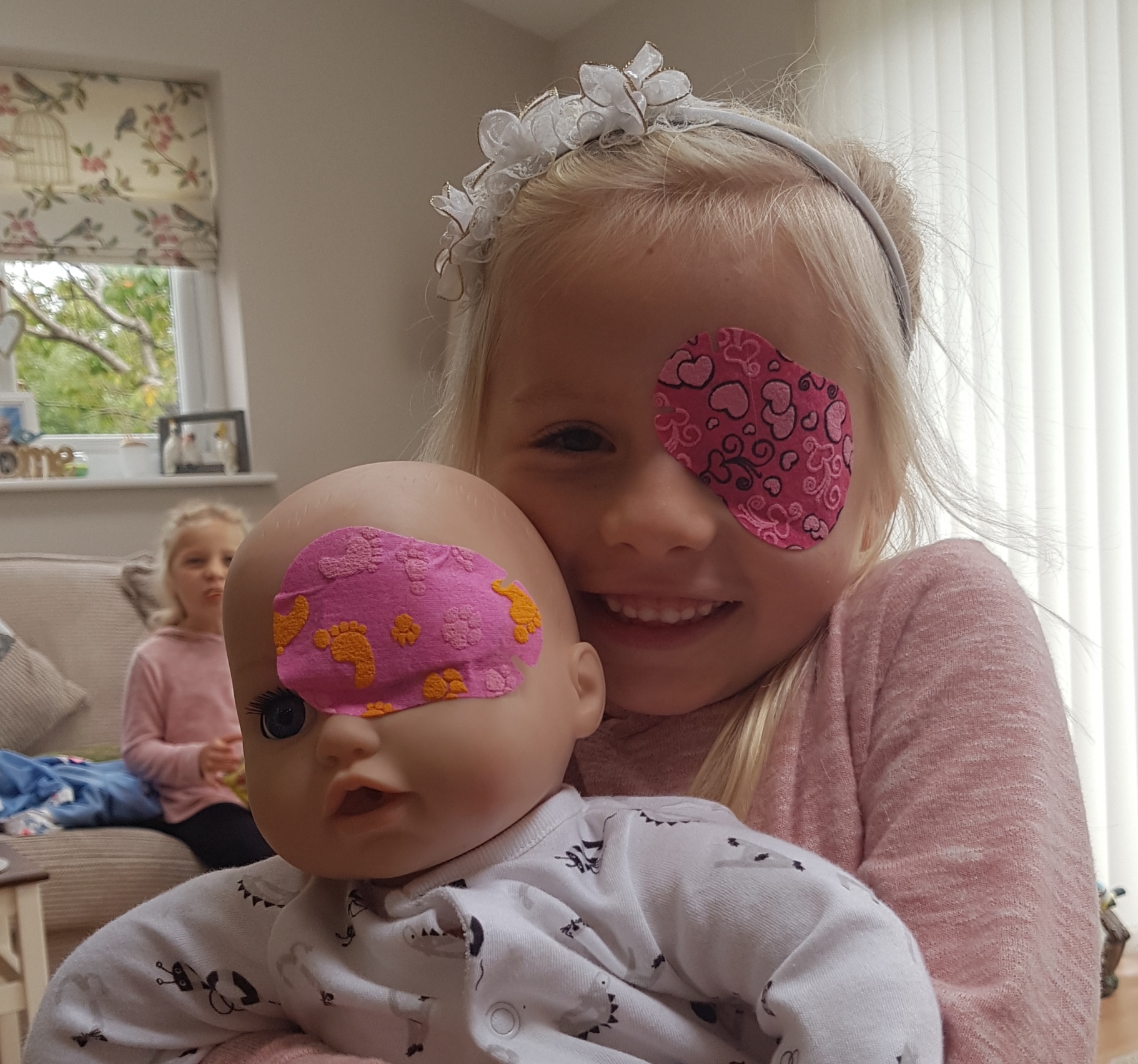 Jess and her doll with matching eye patches