When he was just 25 years old, Nick Arterton’s undiagnosed stomach ulcer burst, rupturing a major artery. His heart stopped three times and he was placed in a two-week coma. He describes how medical teams saved his life….

I’d been feeling a bit off and not 100% and assumed I had a stomach bug. I went to bed on Saturday, 12th May 2018 but suddenly woke up at 1.30am feeling really awful and passing and vomiting large amounts of blood. I phoned for an ambulance and the last thing I remember was answering the door to the paramedics.

I don’t remember anything else until I woke up at Wythenshawe Hospital 10 days later. What happened in between is the story I’ve pieced together from my family and my girlfriend, Melissa.

I was taken from my home in Manchester city centre to Manchester Royal Infirmary and was apparently conscious and talking throughout the ambulance journey. But when I arrived, because I’d lost so much blood, I had a seizure followed by my heart going into cardiac arrest.

The paramedics did CPR and got my heart beating again, but then I went into cardiac arrest a second time at the hospital. They brought me back round again but because of all the CPR I broke six of my ribs.

At this stage I’d lost a lot of blood so they had to transfuse emergency fluids into me near my shoulders. They managed to stabilise me but my lungs filled with fluid and I began to develop pneumonia. They put a chest drain into me to try and reduce the pressure but this caused a lung to collapse and I went into a third cardiac arrest. Again, they managed to bring me back.

I was told it all started from an undiagnosed stomach ulcer, which had ruptured during the night. The stomach acid had then leaked and ‘eaten’ through one of my main arteries, causing all the blood loss. I needed 14 pints of blood in total.

Once I was stable and I was transferred to Wythenshawe Hospital I was put on ECMO (extracorporeal membrane oxygenation) unit. It’s basically a machine which takes over your heart and lung functions for you to allow these organs to recover. They are only five in the country, so I was lucky there was one so close to home.

After six weeks in hospital I was able to walk out the door on Saturday, 23rd June. Everyone is still amazed at how quickly I recovered.

I will be forever grateful to the outstanding staff at both Manchester Royal Infirmary and Wythenshawe Hospital who saved my life. I’m incredibly lucky to have survived and I couldn’t have done it without them and the support of friends and family.

My best friend’s parents, Neil and Debbie, did an incredible 34 mile hike to raise funds and I was so humbled when they presented a cheque for £3,487.66 to Wythenshawe Hospital Charity. 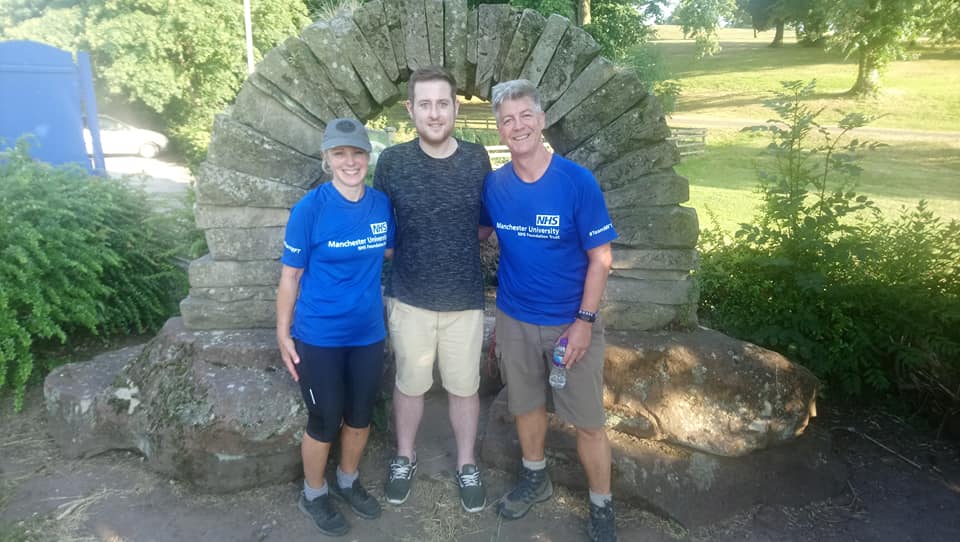