A staggering £388,825 was raised at the Royal Manchester Children’s Hospital Charity’s 10th Birthday Ball on Saturday night – making a significant contribution to the iMRI Scanner Appeal.

The amazing news is part of a big year for the Royal Manchester Children’s Hospital (RMCH) Charity – in March Peninsula pledged to raise £1million over three years and later in the month Betfred donated £1.25million. In June the hospital celebrated its 10th birthday.

The six-figure sum raised on Saturday night means the Charity has taken a huge step forward in its plans to purchase an intra-operative Magnetic Resonance Imaging (iMRI) and biplane angiography machine for Royal Manchester Children’s Hospital. And with money still coming in over the next few days it’s likely we’ve smashed the £400,000 mark.

Chairman of the fundraising board, Mr Maurice Watkins CBE, said: “The night far exceeded our expectations and will remain a monumental moment in the Charity’s history.

“Every penny raised will help us ensure Royal Manchester Children’s Hospital is at the forefront of paediatric brain surgery, helping to save even more young lives.

“We’re incredibly grateful to every single person who has helped us achieve our objectives – not just by the fantastic donations to the ball, but everyone who has run a marathon, held a bake sale or made a cash donation to the iMRI Appeal.”

The event was hosted by BBC Radio Two presenter Sara Cox, who was welcomed back by RMCH Charity, having hosted the Charity’s ball in 2009. This event raised money to help equip the brand new hospital.

Sara said: “I had the best time hosting the big birthday party to celebrate 10 years of Royal Manchester Children’s Hospital. It was a really special night. Over the last decade the hospital has helped more than 2.2million children. I’d urge any who reads this to donate what they can – even just a few pounds could make a real difference.”

The event was held at The Principal Manchester on Saturday, 21st September. Attendees included a host of VIPs from the media and business worlds, including staff from Peninsula, the hospitality sponsor, and ANS, the principal sponsor for the evening.

ANS founder Scott Fletcher MBE said: “ANS has supported Royal Manchester Children’s Hospital for a number of years and we are delighted to sponsor their 10th birthday celebrations. Many of our employees have been given the chance to visit the hospital to witness first-hand the incredible impact the hospital has on some of the country’s most poorly children. As a business, we could not be more proud of their remarkable and pioneering achievements and we look forward to supporting the hospital and its patients for many years to come.”

The 450 guests were able to bid on a number of exclusive money-can’t-buy prizes including two custom-made KISS guitars signed by Manchester City and Manchester United players, tickets to the British Swimming Championships, VIP tickets to the filming of A League of Their Own, lunches with Manchester City and Manchester United legends and a trip to watch Ariana Grande perform in Florida. The top auction prize of the night was an all-inclusive stay for two on Sir Richard Branson’s Necker Island. It was sold for an impressive £45,000 but the winner kindly donated the prize back and it was re-auctioned at £40,000 – meaning Necker Island alone helped raise £85,000.

The audience were also treated to video birthday messages of well-wishers who sadly couldn’t attend on the night, including Fearne Cotton, James Corden, Paddy McGuinness and Guy Garvey.

The night culminated with a much-anticipated performance from supergroup Boyzlife – Westlife’s Brian McFadden and Boyzone’s Keith Duffy including Picture of You and When You’re Looking Like That.

Keith Duffy said: “We’re parents ourselves and nobody wants to see their children in hospital for any reason, but unfortunately a lot of parents do. So it’s important to get the awareness out there and it’s important to let people know there are some good, hardworking people behind the scenes that need support.”

RMCH Charity director Sarah Naismith said: “A lot of effort and hard work went into making the Birthday Ball such a successful night. I’d like to thank everyone involved in helping us put such a memorable and special event together.” 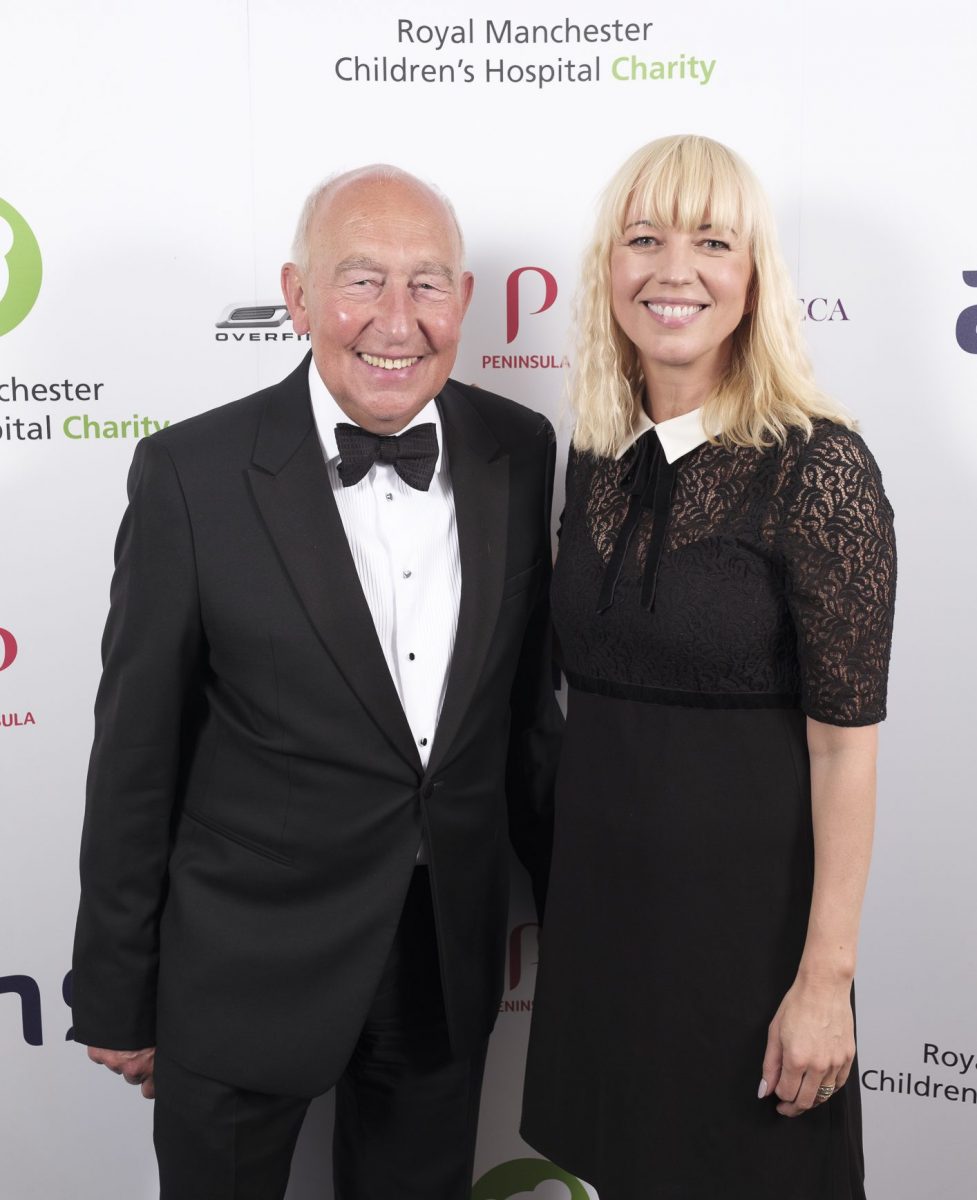