15-year-old Ishika Ruia from Hale has raised thousands for Royal Manchester Children’s Hospital by organising a charity walk, to say thank you to the hospital for saving her life.

Ishika was joined by over 70 family members and friends for a sponsored walk up Mam Tor in Derbyshire, just 8 months after being critically ill on a life-support machine at Royal Manchester Children’s Hospital.

Last December Ishika developed a bad cough which would not pass. As her cough worsened her concerned parents knew something wasn’t right, so took her to Royal Manchester Children’s Hospital A&E department where she underwent chest x-rays and blood tests. Initially doctors thought Ishika had contracted pneumonia, but tests revealed that she had developed vasculitis, which causes blood vessels to inflame and in severe cases, can cause organ failure.

Over the next couple of days Ishika’s condition quickly deteriorated, with her oxygen levels so low she needed oxygen to breathe and was coughing up blood. Ishika was transferred to the hospital’s Intensive Care Unit where she was ventilated and was put into an induced coma. At 4am in the morning on 17th December, Ishika’s parents received the devastating phone call that their daughter’s condition was critical.

Ishika’s mum Alka said; “That phone call is the worst thing that could happen as a parent. I can’t express how we felt when we were told our darling girl was in a critical condition. Her lungs were bleeding and her kidneys were shutting down so we rushed to the hospital to be by our daughter’s side.

“The next three days were extremely critical, the doctors were true heroes and if it wasn’t for their incredible medical care, Ishika just wouldn’t be here today. They did everything they could do, and more, to save her life and we’ll never be able to repay them for that – they were incredible.”

Ishika was in the induced coma for two weeks on the critical care unit, with the hospital’s medical team monitoring her condition, which thankfully was starting to improve. Once Ishika awoke from the coma it was a long journey of recovery, as all her muscles had wasted, so she was unable to move unassisted. The hospital’s physio team worked every day with Ishika. She was in hospital for a further three weeks on Ward 85 using a wheelchair, before she gained the strength to walk again.

To say thank you for the incredible care Ishkia received, her family were inspired to fundraise for the hospital charity as their way of saying thanks. They started to organise a sponsored walk up Mam Tor and before long, over 70 family members and friends wanted to join them.

Alka adds: “The care my daughter received at the hospital was just incredible – that’s why we want to help them in any way we can. Ishika was determined to raise money for the hospital, and all our family and friends wanted to get involved – the support we’ve received is just wonderful. It’s going to be a fun, positive day, where we can reflect on just how lucky we are as a family and feel proud that we are able to give back and support the hospital.”

Ishika comments: “The incredible doctors and nurses at RMCH saved my life, each and every one of them. It’s made me realise just how lucky we are to have the NHS. When you need it; it’s there for you. The hospital staff are true angels and have inspired me to become a medic, as I’m determined to do something positive and help others with the second life they have given me.”

Angela Rowe, Community Fundraising Manager at Royal Manchester Children’s Hospital comments: “Ishika is such an inspirational young lady. To have gone through everything she did just 8 months ago and is now taking on this walk to raise money for our hospital shows how remarkable and thoughtful she is. The amount raised is just phenomenal so we can’t thank Ishika and her family enough. The money will make a huge difference to the many poorly patients we treat at our hospital each and every year.”

To support Ishika in her fundraising please visit: https://www.justgiving.com/fundraising/ishika-ruia 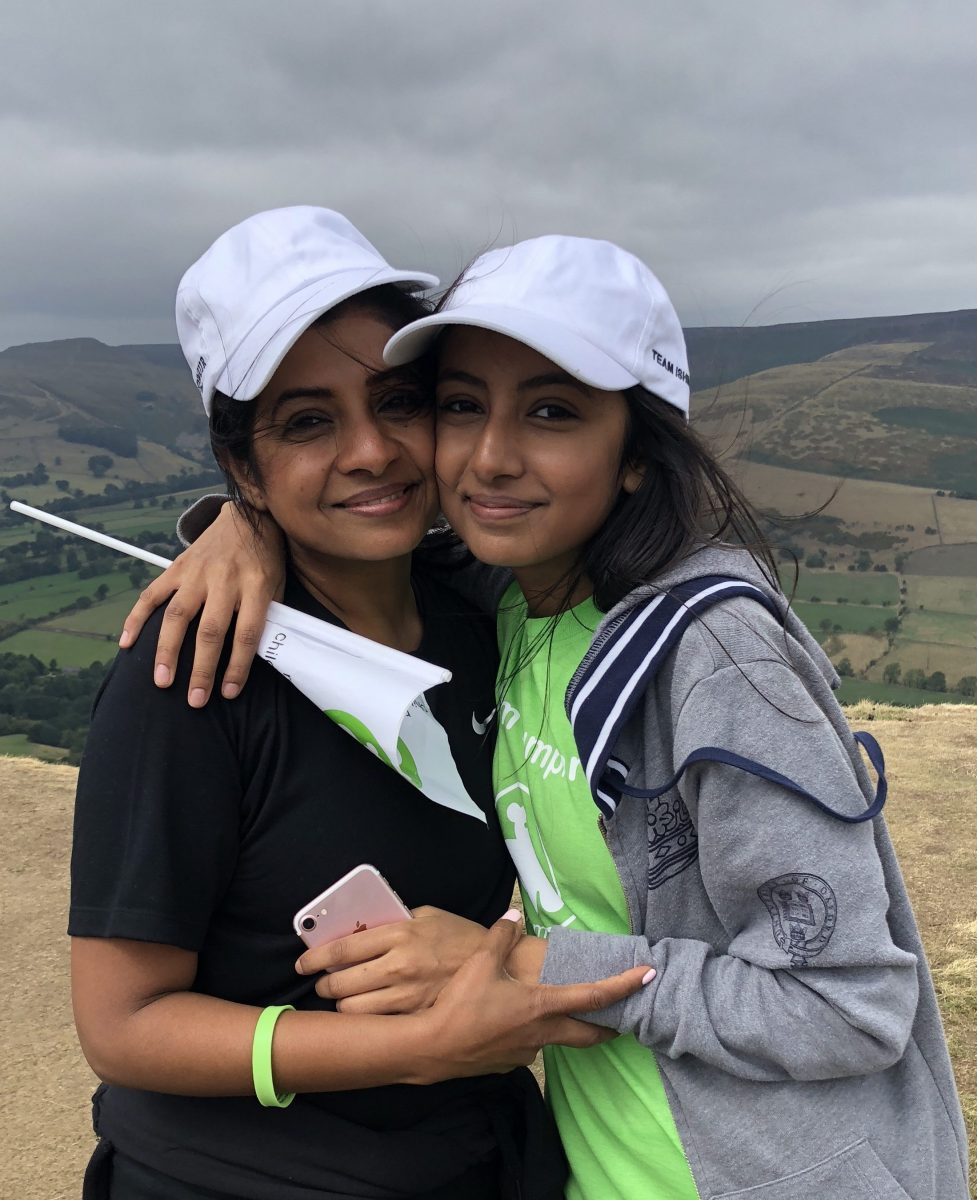