Family and friends of John White, a much-missed Husband, Dad and Grandad, have raised an incredible £11,000 for the Pancreatic Unit at Manchester Royal Infirmary in his memory.

On 10th June 2017 John White from Glossop sadly passed away following a short illness after being diagnosed with Pancreatitis, a condition which causes the pancreas to become inflamed. John was cared for at Manchester Royal Infirmary’s Pancreatic Unit which inspired his family to raise funds for the hospital in his memory.

A group of 30 family and friends took to the streets of Manchester in May at the Simplyhealth Great Manchester Run, determined to make it to the finish line to raise funds for the hospital’s Unit.

John’s daughter Carly White comments: “Our dad was taken ill on the 6th April 2017 and within nine short weeks we lost him to the illness pancreatitis. This is a condition we knew very little about so were determined to raise money to create awareness about the illness and help the Unit at Manchester Royal Infirmary who cared for my dad.

“It was brilliant to have such a big group of us taking part in the Great Manchester Run – whether that be walking, limping or staggering across the finish line! It showed just how well-loved and respected our dad was. All of us who knew dad would be able to picture him watching us struggling round the course, shaking his head with that bemused smile of disbelief on his face.”

Also taking part in the fundraising efforts were family friends Danny Morris and Suzanne Greaves who took on an epic half marathon challenge at Snowden which is billed as one of the UK’s toughest half marathons. The pair raised a fantastic £3,717 from their challenge, contributing towards the £11,000 total.

Carly adds: “We initially set a fundraising target for £5,000 so were thrilled to have exceeded our target by so much! The support we’ve received from family and friends has been incredible and I know dad would be so proud of everything we’ve achieved and the amount raised.”

Donna O’Reilly, Community Fundraising Officer for Manchester Royal Infirmary Charity comments: “We’re incredibly thankful to Carly, her family and friends for showing their commitment to our hospital and raising such an incredible amount in their fundraising. This is a lovely tribute to John and the money raised will make a big difference to patients treated at our hospital.” 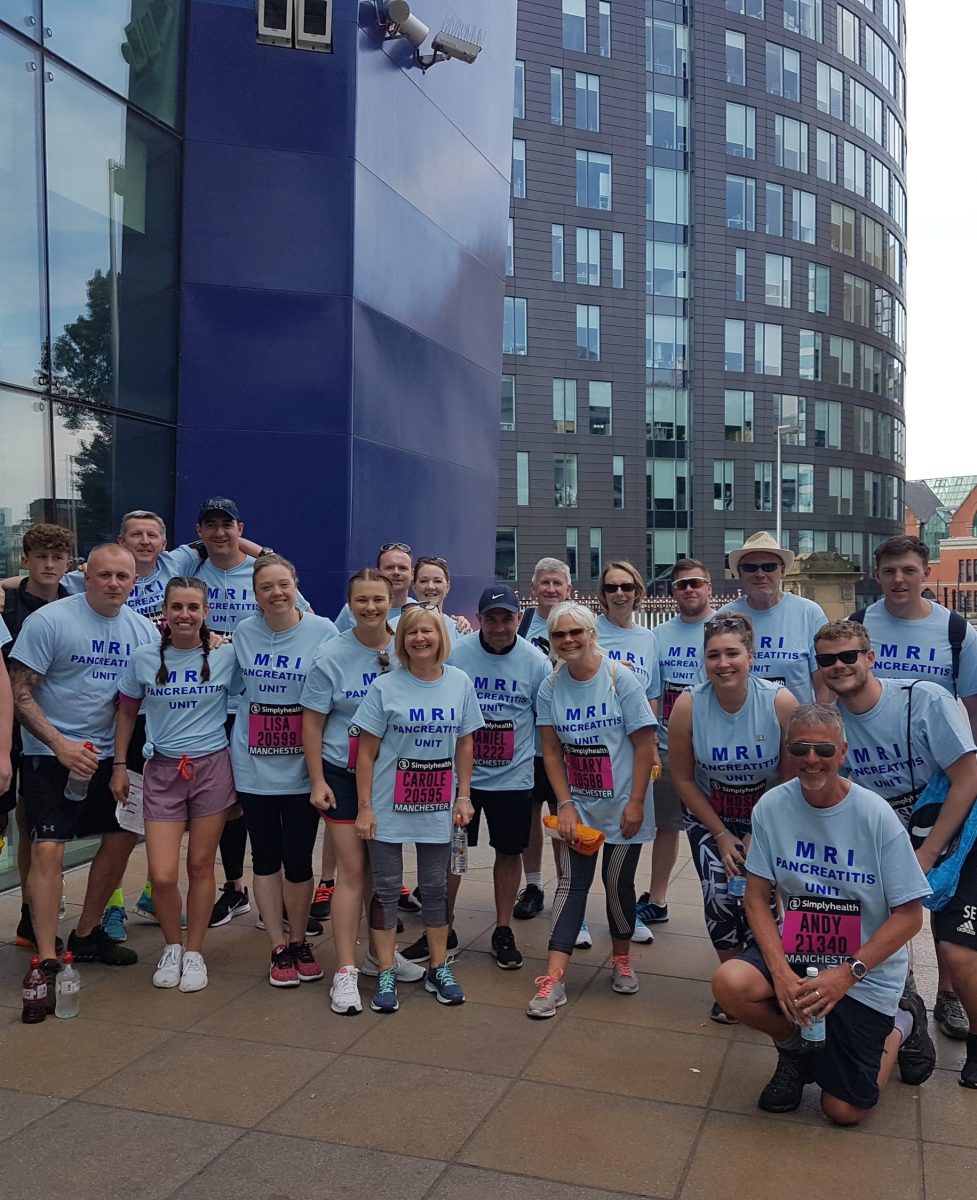