News > Father and Daughter Taking on Charity Run to Say Thanks

Father and Daughter Taking on Charity Run to Say Thanks

A teenager who was left seriously injured in the Manchester Arena bombing is to take part in the Simplyhealth Junior and Mini Great Manchester Run, almost a year to the day of the attack.

Freya Lewis, from Holmes Chapel, will also be given an honorary starter role at the event on Sunday 20 May.  She’ll be joined by her Dad Nick who is taking part in the Simplyhealth Great Manchester Run 10k.

Freya and Nick are running in support of Royal Manchester Children’s Hospital Charity, who they have raised over £24,000 for since the attack.

The Simplyhealth Great Manchester Run will take place just two days before the anniversary of the attack, where 15-year-old Freya suffered multiple fractures, lacerations and burns after being hit by shrapnel at the Ariana Grande concert.

Her friend and classmate Nell Jones was tragically killed in the blast.

Organisers of the event have given Freya an honorary starter role at the Simplyhealth Junior and Mini Great Manchester Run, before she takes on the event herself.

Dad Nick, 52, will also take part in the 10k in the afternoon, after he started running again following the emotional trauma of his daughter being involved in the attack.

He said: “On the 22 May 2017 our lives were changed forever when our youngest daughter, Freya, was seriously injured in the MEN Arena Attack; her friend, Nell, was tragically killed.

“For the next five weeks Freya was cared for by the wonderful staff at Royal Manchester Children’s Hospital and she continues to be an outpatient there.

“She was hit by shrapnel and received burns, lacerations and fractures. It was an unimaginable situation.

“Prior to then, I enjoyed running for exercise and I regularly ran two to three times a week. After the attack, I tried to run on one occasion when I was struggling, but it’s a time that I tend to think and I found it impossible to cope with the memories and my emotions.

“I didn’t run again in 2017 but then after speaking to Royal Manchester Children’s Hospital Charity, I decided I wanted to be involved in their fundraising this year.

“I was torn between the desire to do something that could help the hospital and my concern for my state of mind, but I decided to enter the 10k as something to aim for and found that running now helps me deal with the emotional side of things!”

Since then, Freya and her family have been dedicated to fundraising for the charity, with thousands being raised for the Paediatric Intensive Care Unit at the hospital, with a day of running in Manchester for all ages being their next challenge.

Participants will experience a running event no other on the streets of the undisputed capital of the North, when they take on the Simplyhealth Great Manchester Run, known for its buzzing atmosphere and incredible supporters.

Freya’s family have said they have been amazed by the generosity of friends and family since setting up the fundraising page for her.

Nick added: “On the 20 May, I will be running around Manchester and when I do so I will be thinking of the 22 people who needlessly lost their lives on that horrific night.

“I’ll also be thinking of their families and the hundreds of people who were injured and affected by that atrocity.

“In early March, Freya then decided that she wanted to take part in the Junior run. She was due to have surgery the previous week but the hospital has kindly deferred, so she is able to take part.

“We are so incredibly proud of Freya and she amazes us more with every passing day. We are very glad that something positive has come out of a horrendous situation.

Jessica Ruth, Events Manager at Royal Manchester Children’s Hospital Charity comments: “Freya is a remarkable young lady who has been through so much yet continues to think about how she can help others. We are honoured that she will be running for us on the day and fundraising for our Children’s Hospital. Freya is truly an inspiration and we can’t wait to cheer her across that finish line.” 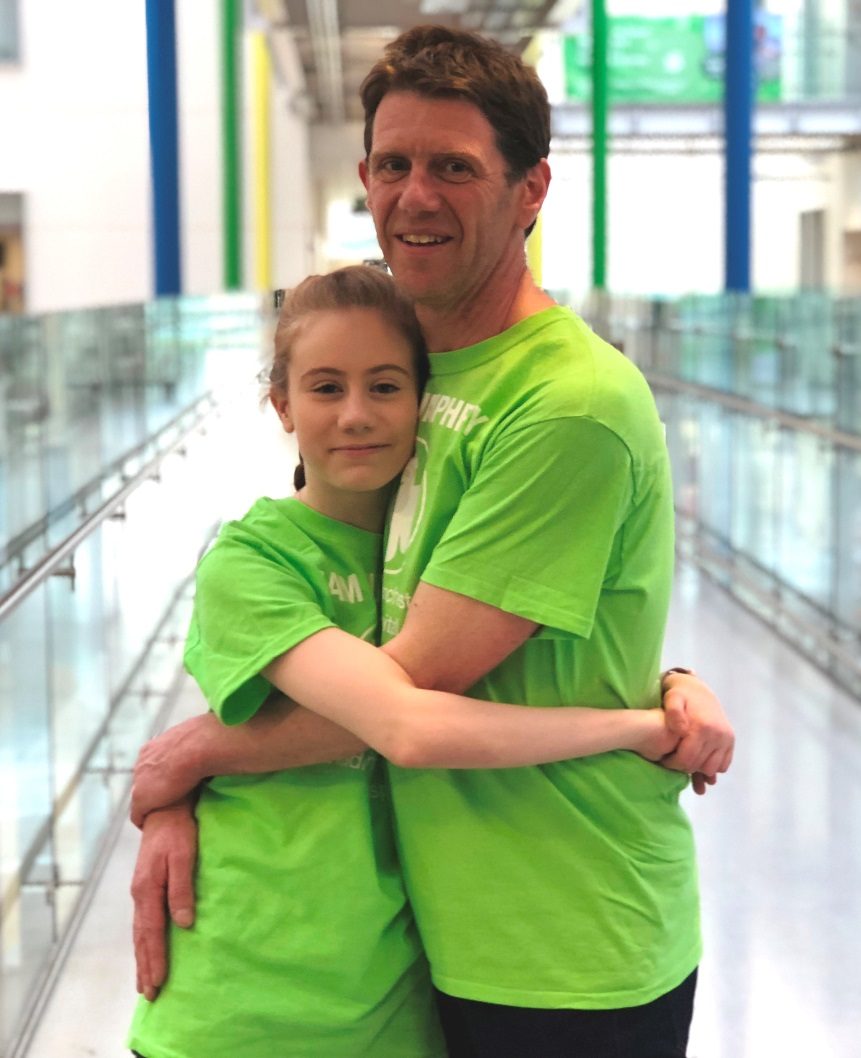