News > Fundraising is ‘in the Bag’ for Linda

Fundraising is ‘in the Bag’ for Linda

A patient who credits Manchester Royal Infirmary for saving her life is now dedicated to fundraising for the hospital’s charity to say thank you.

In August 2015, Linda McGowan from Denton became seriously ill and an ambulance was called for her. Soon after the ambulance crew arrived on the scene Linda suffered a cardiac arrest and the North West Ambulance Service rushed her to Manchester Royal Infirmary.

At Manchester Royal Infirmary Linda was put on a ventilator and transferred to the hospital’s Intensive Care Unit. The staff worked hard to stabilise her and thankfully Linda’s condition improved. Once Linda was taken off the ventilator she suffered with delirium, a common side effect of patients in intensive care. This was a very difficult time for Linda and her family, who were grateful for the help and emotional support they received from the Critical Care Team at the hospital.

After previously raising £550 for the Intensive Care Unit, Linda organised a bag pack at her local Tesco in Gorton for the second time, along with the help from family and friends. Linda also arranged to have two singers performing 60s and 70s songs in the foyer whilst collecting money for the charity.

Linda’s fundraising raised a wonderful £469.84 towards the Intensive Care Unit. 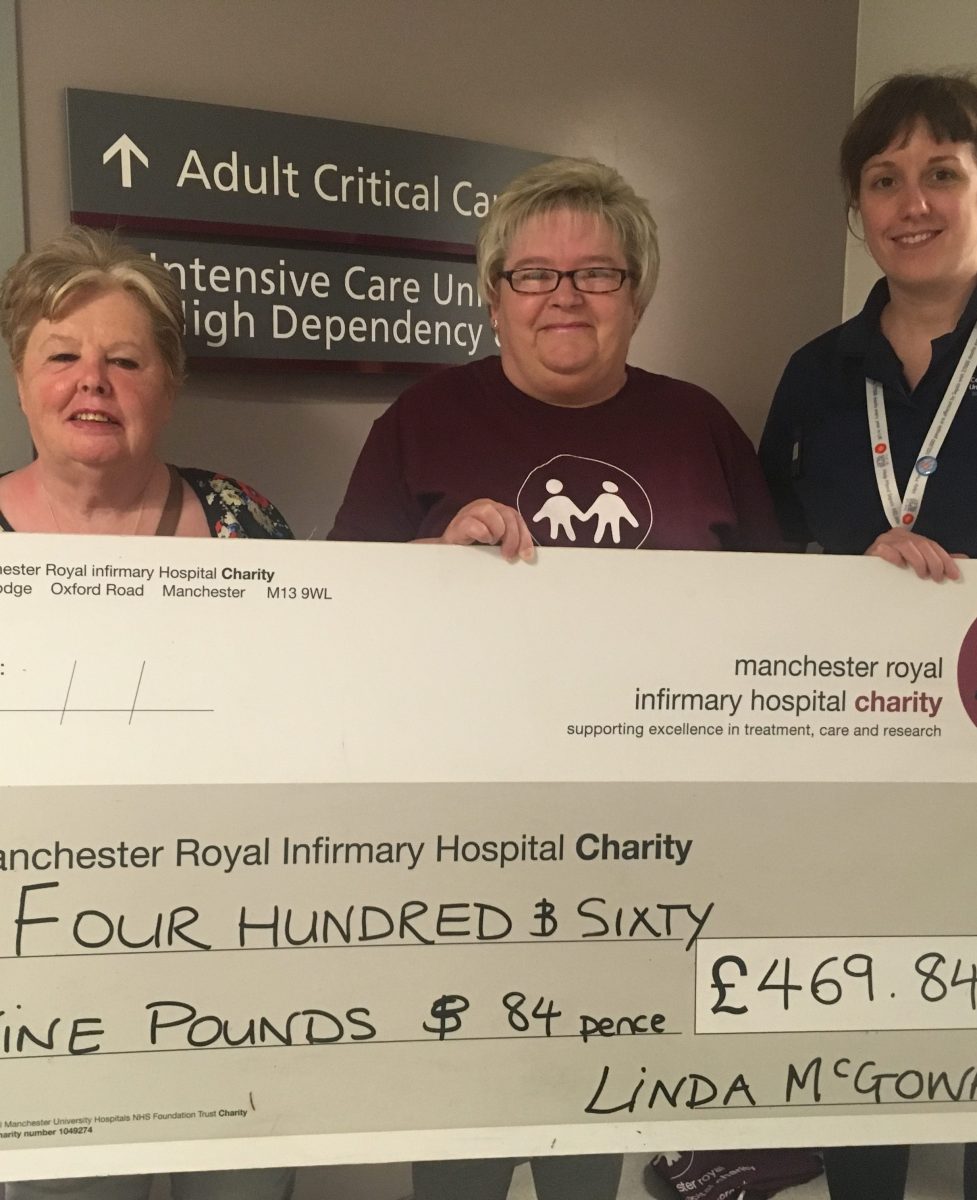