Great Wall of China Trek in Memory of Missed Grandad

A lady from Ashton-under-Lyne has trekked the Great Wall of China to raise money in memory of her much-missed grandad.

Bev Reilly is raising funds for Manchester Royal Infirmary Hospital which will go towards dementia care at the hospital. She took on the challenge to honour her grandad, Wilf Jones, who sadly died with dementia in 2013.

Bev comments: “My grandad was a real family man; his family meant everything to him. During the last years of his life my grandad suffered with dementia so this is the reason why I chose to do this walk, to help others who suffer with this terrible disease.”

The trekstarted on 12th May, taking place over five consecutive days and covering over 25km of wall. The first day comprised of a three hour trek as a warm up, with the following days trekking for over 7km per day. During the trek, Bev had the opportunity to help repair part of the wall itself and to place a small memento of her grandad’s in the wall.

Bev adds: “The trekking on this trip was be a real challenge, especially in the intense heat. Due to the amount of steps we trekked up and down each day it sometimes took an hour just to trek 1km! I also conquered the 1,000 steps up to the wall at Mutianyu. This was by no means an easy task but I was determined to give myself a real challenge, in hope of raising as much as possible in my grandad’s memory.”

Angela Rowe, Community Fundraising Manager for Manchester Royal Infirmary Charity comments: “We’re incredibly thankful to Bev for not only showing her commitment to our hospital, but by pushing her comfort zone to do something extra special to raise the funds. The Trek is a lovely tribute to her grandad and we are glad to hear that the trip was such a success!”

To sponsor Bev in her challenge, please visit: https://uk.virginmoneygiving.com/fundraiser-display/showROSomeoneSpecialPage?pageUrl=WilfJones

Manchester Royal Infirmary Hospital Charity is raising money to ensure continued excellence in treatment, care and research at the hospital – improving the lives of thousands of patients each year across the North West and beyond.

The support of the charity means that the hospital can provide additional resources that make life easier for patients and their families who use the hospital. 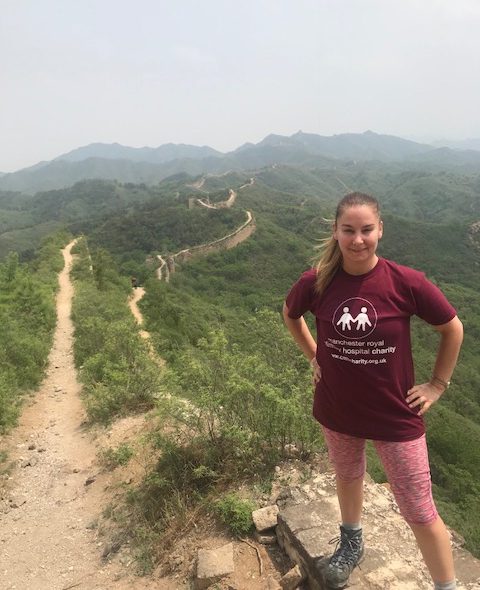