Become a Guinness World Record Holder…by Sitting on the Sofa!

QUIZ fans can be part of a Guinness World Record this summer – just by sitting on their sofa at home!

Bury resident and quiz host Tom Finkill is hoping to get himself and hundreds of local quiz fans in the history books for the Longest Online Quiz Stream, all while raising money for Royal Manchester Children’s Hospital Charity.

Tom and his family have been passionate supporters of the Charity ever since daughter Sofia, six, was treated at the hospital for her “floating leg” – a disconnected hip joint known as Development Dislocation of the Hip (DDH).

Although the event is raising funds for Royal Manchester Children’s Hospital Charity, Tom is hopeful the event can become a global achievement, and already has teams signed up from Scotland, Ireland and Wales as well as across England including Portsmouth, Doncaster, Buckinghamshire, Warrington, Wolverhampton and Leeds. It will also appeal to all ages and abilities, with special rounds for Harry Potter and Friends fans.

Tom, who is also dad to son Charlie, 11, explained: “In order to break the record we need to have a constant online quiz stream running for more than 48 hours. So as long as we hit 48 hours and 1 minute we’ll be okay. But I want people to know they don’t have to be part of the quiz that whole time! They can drop in and out when they want. As long as we have a minimum of 10 teams playing at a time, we’ll still qualify for the record.

“Obviously I can’t stay awake that long either, so there will some special guest hosts so I can nap for an hour or two.

“We’re also sourcing some prizes and theming each hour to keep people on their toes and give them an incentive to join in the fun, particularly at those graveyard shift hours like 2am!

“The best thing about this is that we’ll be uniting people from all over the place, while also raising money for a fantastic cause very close to our hearts, and I’m sure a lot of other families in the North West too.”

Rounds for “Never Gonna Quiz You Up: GUINNESS WORLD RECORD ATTEMPT” will be themed differently every hour, with every other hour being General Knowledge. Themed rounds include things like Back to the 80s, Saved by the 90s, We Found Love in the 00s, Harry Potter, Disney, Fanatic About Football, Friends TV Show, and old favourites like Geography, Music and Logos.

In order to be named as a Guinness World Record holder themselves, each team must play a minimum of one hour. However, teams can be as big or as small as you wish, so households could rally together or play against each other. The event will run from 9pm on Monday, 23rd August to 9pm on Wednesday, 25th August.

Tom, 37, said: “I’ve structured it so there is something for everyone.

“We’re very lucky the Red Hall Hotel in Bury will be lending us their venue so we will be broadcasting from there but all the teams will be at home. It means I can be as loud as I want on the microphone without disturbing the neighbours or my wife Gemma!

“We also have the SpeedQuizzing App to make it really easy to play along. It’s great to have them on board. The first online quiz I did during lockdown was me reading questions from a piece of paper and holding my phone in selfie mode. The Guinness World Record attempt is a far cry from that – we have videos, slides, images and the app to answer on to keep everyone entertained, even when they’re feeling a bit sleepy.”

Tom has hosted two online quizzes for Royal Manchester Children’s Hospital Charity during lockdown. The first raised £2,150 and the second raised £4,385.46, taking his total so far to £6,535.46. He hopes the Guinness World Record quiz will take the total to £10,000.

But Tom sees that as a drop in the ocean compared to the wonderful care his daughter Sofia has received at the children’s hospital. At age three, Sofia was diagnosed with DDH, but usually the condition is more easily treated as it tends to be diagnosed at birth or in the womb. Sofia’s later diagnosis was an added complication for her surgeons.

Gemma, 39, said: “Sofia isn’t a stranger to hospitals but she takes everything in her stride with a big cheeky smile on her face. She had periorbital cellulitis when she was three months old, which is a common eye infection that unfortunately spread, and she needed hospital intervention.

“Then when she was three she got pneumonia and needed oxygen to save her life.

“So by the time she was diagnosed with the DDH we think she’d become quite used to hospitals. And she doesn’t let things get in her way – she bounces around and is full of energy all the time. She’s such a resilient little girl.”

To treat Sofia’s DDH surgeons had to break her leg bone and then reposition it in the correct place. They put in metal plates to hold it in place and formed a joint for her leg and hip. After surgery she was unable to walk for about eight weeks, using a wheelchair and then a walking frame before she was back on her own two feet again.

Now Sofia is awaiting more surgery to have the metal plates removed and it’s likely she will continue to be an outpatient of Royal Manchester Children’s Hospital for a number of years.

Tom said: “We’ve also been told she’ll probably get arthritis when she’s about 30, but that’s a long way off yet and we don’t know what advances there will be in medicine during that time. But we never focus on what she can’t do and she keeps surprising us with all the things she can do.”

The money raised by the Finkill family will go towards treatment, research and care projects that benefit the 280,000-plus young patients and their families who visit the hospital each year.

Georgia Sleigh, a Community Fundraising Officer for Royal Manchester Children’s Hospital Charity, said: “We’re quite a competitive bunch so we’re sure lots of people from the Charity and the children’s hospital will be joining in.

“Sofia is such an inspiration and her smiley face and optimism should be what Tom and all the quizzers keep in mind – especially when they’re trying to stay awake at 4am!

“We can’t thank the Finkills and all the Never Gonna Quiz You Up participants enough for their wonderful fundraising. We really hope we can help get them to the £10,000 and round off a fantastic year of fundraising.”

Phil Qua, operations manager for SpeedQuizzing, whose online platform and app is being used to host and play the quiz, said: “We’re proud to be supporting Tom in his quest to raise more money for Royal Manchester Children’s Hospital Charity through this world record attempt.

“Online quizzing has been a real force for good over the last 18 months, bringing people together for some much-needed fun and entertainment, and we hope as many people as possible get behind Tom and take part in what will be an incredible event, raising smiles and generating funds for a very deserving charity in the process.”

To sign up to the quiz and earn yourself a place in the Guinness World Records, visit “Never Gonna Quiz You Up: GUINNESS WORLD RECORD ATTEMPT” on Facebook, message @TomFinkill on Twitter or visit @djtomfinkill on Instagram. Entry is free but all participants will be asked to make a donation to Royal Manchester Children’s Hospital Charity.

Royal Manchester Children’s Hospital Charity’s Community Fundraising Team can be reached on community.fundraising@mft.nhs.uk or visit www.rmchcharity.org.uk to find out more about the Charity’s own events.

Scroll below to see a full timetable for the quiz…. 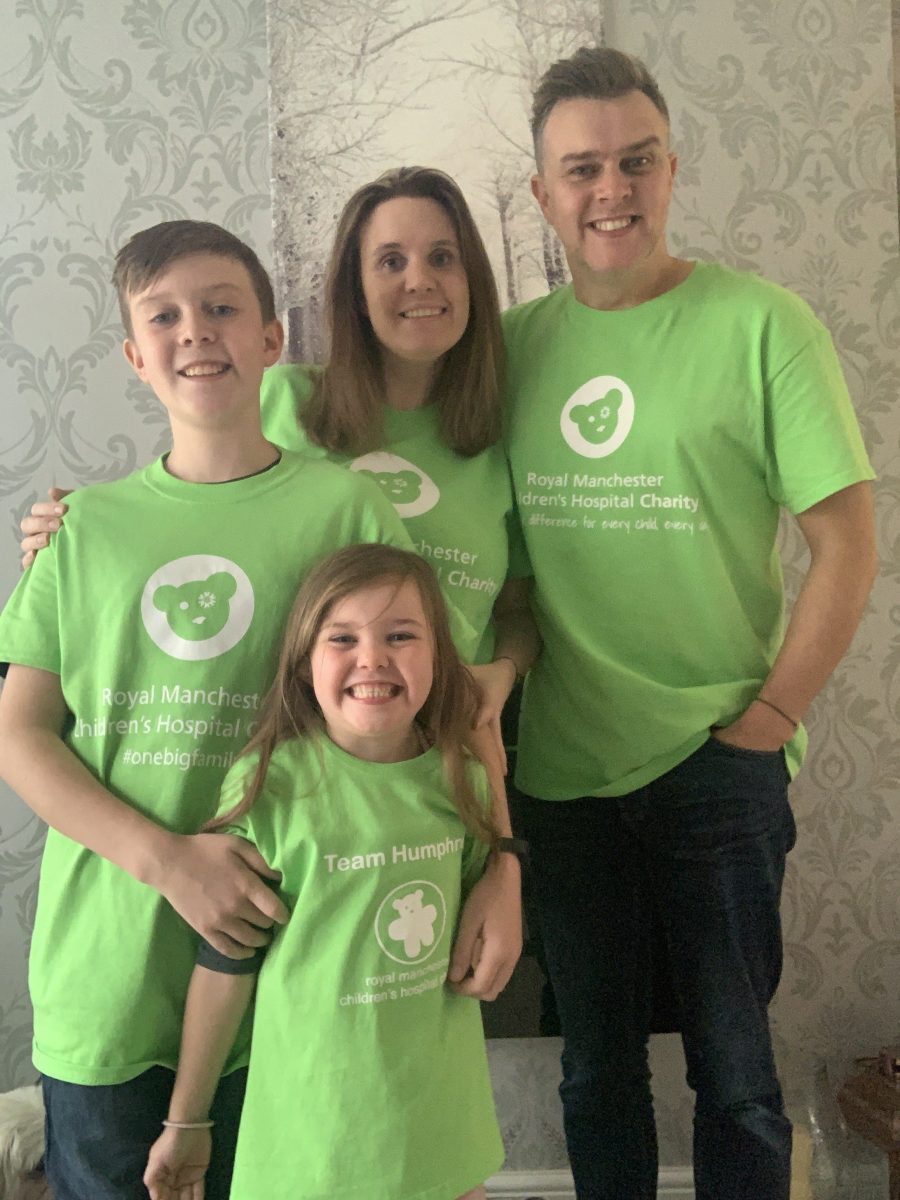