Royal Manchester Children’s Hospital patient, Ella Chadwick, has won Child of Courage at this year’s Pride of Britain Awards for her amazing fundraising efforts for the hospital.

Ella was joined on stage by host of the show, Carol Vorderman, and X Factor stars Simon Cowell, Robbie and Ayda Williams, Louis Tomlinson and Dermot O’ Leary when she was presented with her award.

Aged 11, Ella was born with congenital nephrotic syndrome, a rare kidney illness which causes kidney failure, and has spent much of her life in hospital.

Ella was on dialysis and underwent more than 40 gruelling operations in the first six years of her life before having a lifesaving kidney donated from her grandmother. Even after her transplant in May 2014, Ella suffered from mobility problems and had to learn how to support herself on her feet.

Despite everything she has been through, Ella has dedicated herself to raising funds for the hospital which has cared for her since she was a baby – to help other children going through similar battles.

In May 2015, just a year after her transplant, she was designated as the race starter for the Mini Greater Manchester Run, but went one further by taking part in the race and completing the whole course. She did another race the following year, abandoning her walker to wobble across the finishing line just months after taking her first steps.

To mark her tenth birthday, Ella set herself the challenge of running 10km of races in a year, and achieved her goal this summer.  Combined with a number of other fundraising initiatives such as fun days and cake sales, Ella has raised an incredible £5,000 for Royal Manchester Children’s Hospital Charity.

Tune in tonight (Tuesday 6th November) to The Pride of Britain Awards on ITV 1 at 8pm to see our superstar fundraiser Ella pick up her award!

If you would like to support Ella in her fundraising you can by making a donation here: www.justgiving.com/fundraising/karen-hughes23 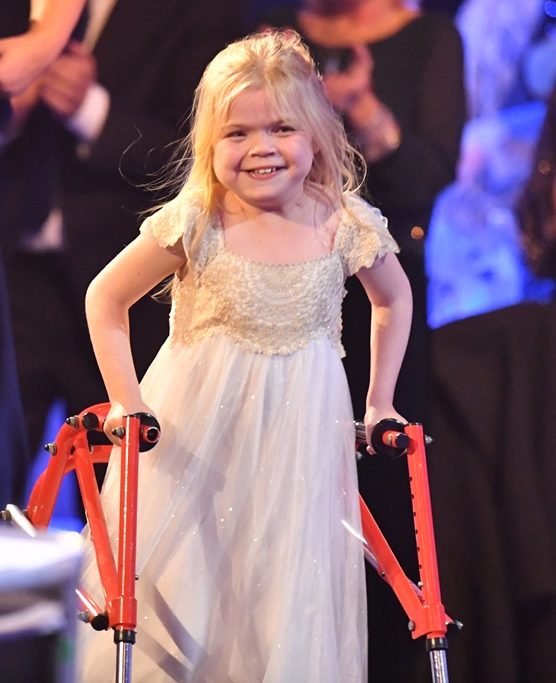