A BEREAVED mother will be making an emotional journey back to Manchester this weekend to remember her young baby who passed away.

Philomena Mongan sadly had to say goodbye to her son Martin at Saint Mary’s Hospital in Manchester when he was just 10 months old. Philomena and Martin were living in Crumlin, County Antrim, Northern Ireland but the pair travelled to Manchester so that he could receive specialist treatment for his Hurler Syndrome.

They spent six months in England, away from family, friends, and Philomena’s four daughters, but unfortunately the treatment was unable to save Martin and he passed away peacefully in Philomena’s arms.

But, determined to remember her son and do something special in his memory, Philomena will be returning to Manchester for the first time this weekend to take part in Forever In Our Hearts. The memory walk in Heaton Park has been organised by Manchester Foundation Trust Charity, which funds treatment, research and care projects for 10 NHS hospitals across Greater Manchester. Families are invited to take part in the walk to remember loved ones and raise money for the Charity. “It was horrible being away from my daughters for so long, but it meant I got to spend so much precious time with Martin before he passed away,” said Philomena. “It was such an emotional and difficult time and I often questioned if I was doing the right thing for him. But now I know I wouldn’t have done things any other way – those precious months I had with him mean so much to me.

“Since he died I’ve always wanted to do something for charity in his honour. I want something positive to come out of all this. The Forever In Our Hearts walk, and the thought of being able to help others babies and children like Martin, means so much to me.”

Martin was born prematurely at Belfast’s Royal Jubilee Maternity Hospital on 20th October 2017. Born at just six-and-a-half-months weighing 2lb, Philomena knew straight away Martin was not a well baby and asked medical teams to investigate her son for MPS1 as she noticed the bridge of his nose was a flatter shape.

MPS1, also known as Hurler syndrome, is a rare, inherited disorder. Children with the condition lack an enzyme the body needs to digest sugar. As a result, undigested sugar molecules build up in the body, causing progressive damage to the brain, heart and other organs.  Hurler syndrome also causes children to have joint stiffness, hearing and vision loss, impaired growth. Patients with the syndrome often have visible facial differences, such as a depressed nasal bridge, gapped teeth, a short neck, clouding in their eyes and frontal bossing (a more pronounced forehead). Philomena, now aged 30, said: “I just knew from looking at him something was wrong. As well as his nose looking different he also had a lot of fluid and looked quite ‘bloated’.

“As soon as he was diagnosed with MPS1 I knew his life expectancy wouldn’t be that good. But like any mother, I wanted to do whatever we could to prolong his life and have as many precious days with him as possible.”

Martin was put on a course of enzyme replacement therapy (ERT) for about three months, starting his treatment in hospital before being discharged home as an outpatient to continue the treatment while being able to spend time at home with his four big sister – Princess, now aged five, twins Donna and Sophie, now aged 11, and oldest sister Maggie, now aged 12.

Medics decided Martin’s best chance of survival would be to start bone marrow transplant. The treatment replaces the blood-forming cells (stem cells) that are missing the important protein in healthy ones. Healthy blood-forming cells allow the body to break down the sugary substances that children with Hurler syndrome cannot process. Although it cannot reverse Hurler syndrome, it can help prevent more damage from happening to the body.

But while the treatment would enable Martin to have the best possible chance of survival, it also meant Philomena would have to leave her other children behind in Northern Ireland.

“It was so hard being away from my girls, but we would video chat with them all the time and it was nice Martin could hear their voices,” said Philomena. “I loved the time I got to spend with Martin, he was such a gorgeous baby.

“He called me ‘MumMum’ and when he woke up and realised I wasn’t there he would be looking round for me. I remember he had a little piano with rainbow colours on it and he loved kicked it to make noises. He also had a favourite teddy bear and he was always delighted when he got to play with it. He also had a little fish toy he loved playing with.

“Because he was premature they had to order him a special dummy which was smaller than other dummies. He loved it – he always had it on him.

“I have so many happy memories of Martin and I just remind myself that I had that time with him and he is in heaven now away from any pain.” Although the treatment Martin received initially seemed to work, he started to deteriorate and passed away on 4th August 2018.

Philomena said: “There is nothing that can compare to losing a baby – its just heart-breaking. It was even worse that I was away from my girls for so long. After Martin died I left Manchester with a lot of anger – I just kept thinking ‘why?’ and ‘what if?’

“But the nurses and doctors who looked after Martin and I were just incredible and I can’t thank them enough for giving me that time with my little boy. It will feel special returning to Manchester and being part of the Forever In Our Hearts walk.”

The event, organised by Manchester Foundation Trust Charity, is taking place this Saturday, 13th November at Heaton Park. Registration is £12.50 per walker and includes a free T-shirt. Those who raise more than £40 will also receive a candle and a special packet of seeds to plant in memory of their loved one. The walk is 5km and is family-friendly and accessible.

Donna O’Reilly, Senior Community Fundraising Officer at Manchester Foundation Trust Charity, said: “We‘re so pleased that Philomena has chosen to fundraise for us in memory of Martin. It shows just how much our wonderful staff made their time together special.

“We can’t wait to welcome her back to Manchester to honour Martin and his memory.”

To find out more about Manchester Foundation Trust Charity and how you can do your own Virtual Forever In Our Hearts events visit our Events Page. 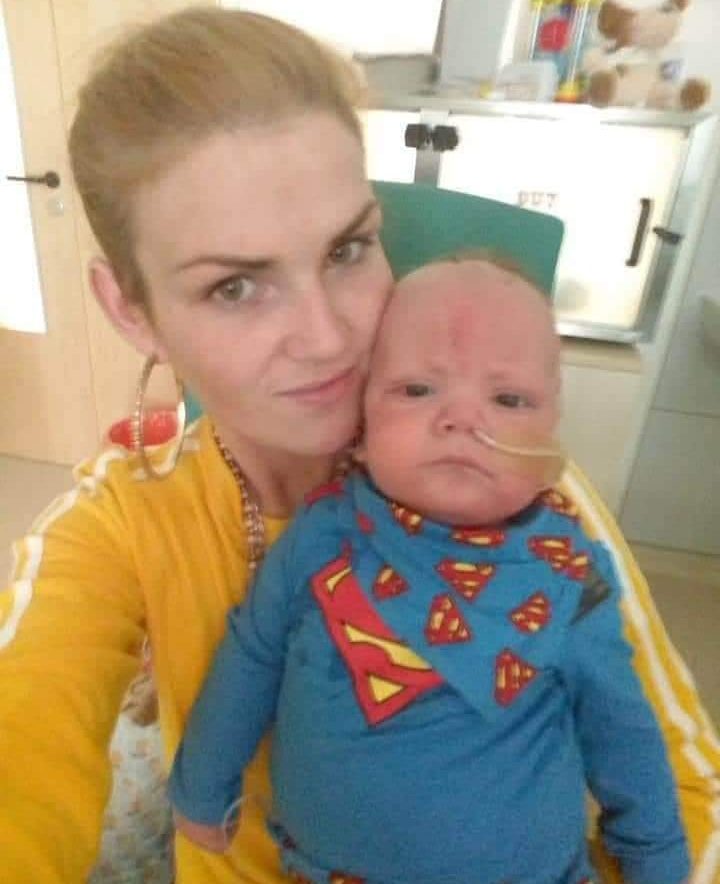