Nurses Raise Thousands For Their Patients

AS IF treating ill children wasn’t enough – a group of NHS nurses are going above and beyond to raise thousands of pounds for their young patients.

Paediatric nurses from Ward 85 at Royal Manchester Children’s Hospital set themselves a target of running 100km throughout November to help fund vital entertainment equipment for their teenage patients.

The sponsored challenge, which has already seen more than £5,600 donated, will raise money for Royal Manchester Children’s Hospital Charity. All the funds raised will be spent on games consoles and entertainment systems for the ward’s adolescent patients. They also hope to fund personal film projectors, so that patients can enjoy their favourite movies more comfortably than, for example, on a handheld device.

As Sister Gabrielle Chan explained: “We have lots of equipment and toys to entertain babies and younger children but some of our teenage patients are on the ward for weeks at a time and it can get very boring for them.

“We do have a TeenZone for teenagers at the hospital, but sadly we can’t take patients down there at the moment due to infection control risks. Patients have to remain socially distanced which often means they are isolated in their own rooms throughout their admission.

“I sometimes go into a patient’s room to check on them and you can see they’re bored and just want something to take their mind off things. Being able to buy something older children will enjoy, such as games consoles and a screen projector would make a real difference to these patients.” A large portion of the young patients treated there have long-term health conditions such as cystic fibrosis, which means they can be admitted onto the ward for weeks or even months at a time.

“One patient recently left us after more than 400 days on the ward – we become home to these children for a long time,” said Gabrielle.

Gabrielle came up with the challenge of running 100km throughout November as a fitness goal for herself. But then other staff members decided to join her and the team saw it as a great opportunity to do something for the young patients on their ward too.

“With the second lockdown and darker nights I wanted something to look forward to on my days off,” said Gabrielle. “It was a personal challenge at first but then I spoke to a friend at work and before I knew it we had 31 people signed up.

“Of course the main focus is about fundraising for the children, but it’s also about staying fit and healthy and looking after our mental wellbeing. I can definitely feel the benefits – rather than sitting on the sofa on my days off, running gives me a reason to get up and get out and about. And we’ve been lucky that it’s been a relatively mild November, so many members of the group have been able to enjoy some beautiful parks and canal paths.”

Although they have all run solo, the group keep themselves motivated by sharing their run times and pictures on the fitness app Strava and on a private Facebook group. The challenge was even supported by some of the staff members currently on maternity leave, who were joining in the challenge by racking up the kilometres by walking in parks with their babies. “Being able to share pictures and words of encouragement on the groups definitely brought us closer as a team,” said Gabrielle. “If you’re weren’t feeling that enthusiastic one day, seeing someone else has gone out for a run could really motivate you.

“We have had a few funny things happen too – one girl got pooped on by a bird and I’ve shared pictures of frozen peas on my knees!

“I think lots of people must have felt like they needed a morale boost this year and our team was the same – we were so glad to be doing something as a ward and getting physically and mentally healthier.”

Royal Manchester Children’s Hospital Charity fundraises throughout the year to support the treatment, research and care of young patients treated at the children’s hospital in Oxford Road, Manchester and at the satellite unit Starlight at the Wythenshawe Hospital campus. The hospital sees more than 280,000 patients per year and takes in patients from across the North West and beyond.

The money raised by Gabrielle and the team will go into the Charity’s Ward 85 fund – so every penny raised will be spent on the unit for the benefit of the Ward 85 patients.

Gabrielle originally set the target as £1,500. But the JustGiving Page was so well supported, they’ve now upped their target to £5,000, but that too has been beat and the total now stands at £5,652.

Shannon Appleyard, Community Fundraising Officer for Royal Manchester Children’s Hospital Charity, has been virtually cheering on the team. She said: “We all know how hard our wonderful NHS nurses work, so the fact they’re finding the motivation and time to go running on their days off is really inspiring.

“The whole team has done so well with their fundraising and I’m sure the patients will be very grateful for the new equipment. I can’t wait to find out how they all got on.”

To support the team visit the Ward 85 RMCH JustGiving Page. 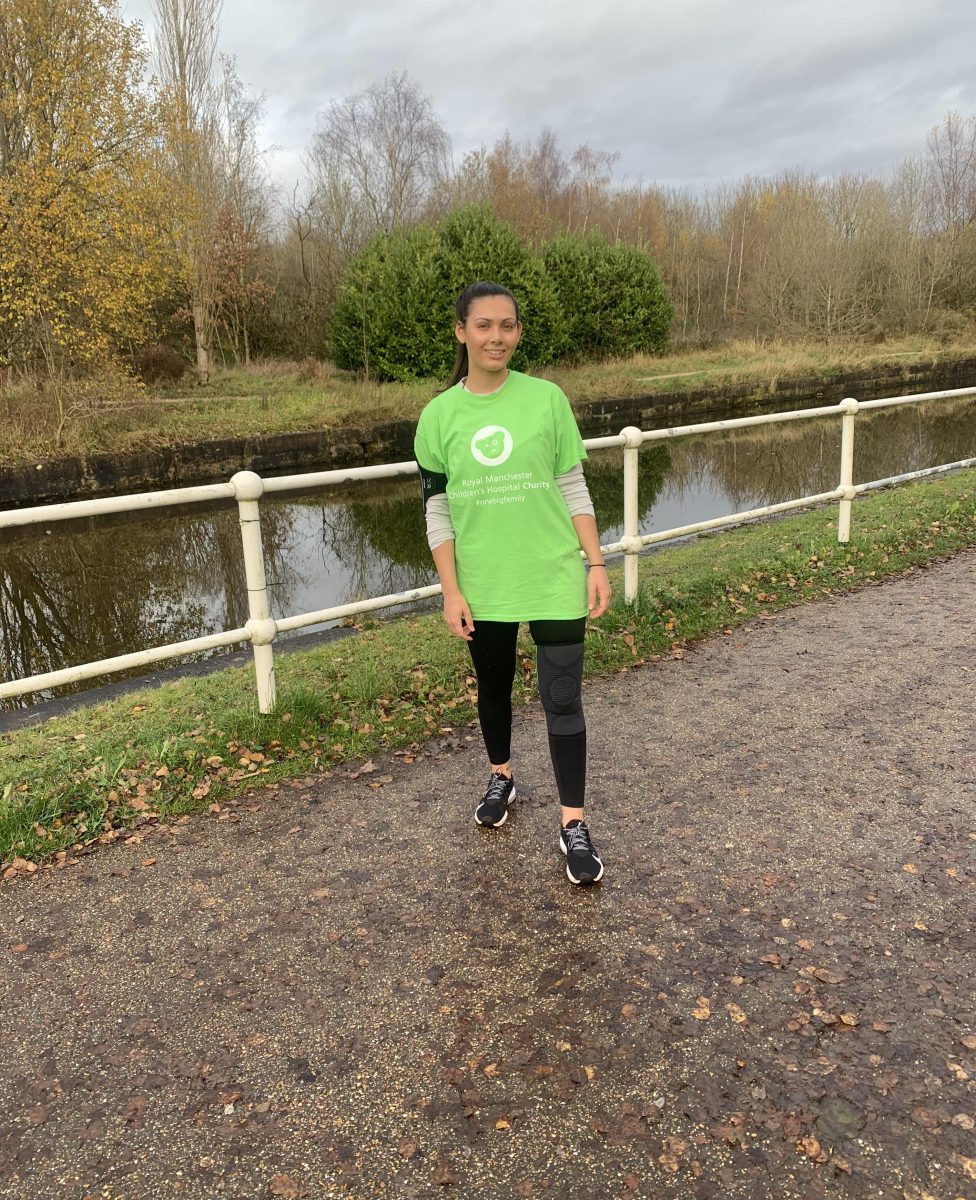 Gabby Chan, Ward 85 Sister and organiser for the challenge