SHE may only be small, but feisty Quinn Stansfield is determined to walk a mile a day throughout April to raise funds for Royal Manchester Children’s Hospital Charity.

The hospital holds a special place in both Quinn’s and Natasha’s hearts – not only is Quinn a current outpatient, Natasha was also treated there as a child for leukaemia when she was four, when the hospital was based at its old site in Pendlebury.

“Quinn is very independent and loves to boss us around,” laughs Natasha, aged 28. “She sometimes doesn’t like wearing her leg and needs to practice walking on it, so when we spotted 30 Miles My Way online we thought this was a great way of getting her to walk a bit further and get some practice in.

“We did a practice walk a few days before April to see if she could manage it. We were amazed when she completed it. We spurred her on and let her go at her own pace and take it easy, but we were so proud she managed the entire mile.

“We originally set a target of £300 but she’s already gone way over that in the first week so she is doing really well.”

Quinn, who lives with mum Natasha and dad James Stansfield in Burnley, was born at Saint Mary’s Hospital in Manchester in September 2017. When Natasha was pregnant, scans showed that Quinn’s left leg hadn’t grown properly.

“I was at my 20 week scan and they told us about her leg,” said Natasha. “We were never able to find out a reason for it – I have a blood condition that Quinn also has called Von Willebrand’s Disease but it’s very mild and it wouldn’t have caused the problem with her leg.

“We were devastated when we were told. Obviously the first thing we did was look it up on the internet and we couldn’t find any cases of it happening to babies in the UK. There is a rare birth defect called Amniotic Band Syndrome where bands of tissue in the womb tangle in the baby and cause an injury. But there are usually signs that this has happened, like remains of bands or scarring on the baby and there wasn’t any evidence of this on Quinn. So it’s just a mystery as to why her leg didn’t grow.

“We were really worried at first, especially as she is our only baby, but actually the worry has subsided because we see how well she copes.” Quinn is feisty and happy three-year-old who loves nothing more than playing outside and making up songs on her walks. She loves choosing the pattern on her prosthetic leg when she goes for fittings.

When Natasha explained Quinn was doing the sponsored walk to raise money for poorly children, Quinn was devastated that children could get ill.

“She is a very caring three-year-old. She doesn’t like people being upset and she was asking lots of questions about why the children were poorly.

“She was very excited to get started on the 30 Miles My Way challenge.”

The challenge has been set by Manchester Foundation Trust Charity and invites fundraisers to walk, run, cycle or swim 30 miles in April. The distance was chosen as NHS nurses in Greater Manchester average about 30 miles a week walking up and down the wards.

All money raised will be spent on treatment, research and care projects that benefit patients and their families when they visit the hospitals.

The Charity’s Senior Events Manager Viv Williamson said: “Quinn is such an inspiring young girl – getting to the end of her challenge will be such a triumph and we can’t wait to see the photos when she completes her 30 miles.

“The beauty of 30 Miles My Way is that fundraisers make it their own – they choose where their money goes and how they will complete their challenge, either sharing the miles with friends or chipping away at them over a period of time. It’s as difficult or as easy as you want to make it. They could even start part way through April if they want – there is still plenty of time to get 30 miles in this Spring.

“Everyone who registers and raises money will also receive a special medal, T-shirt and socks which they can proudly wear at home too.”

Sign up to 30 Miles My Way here and to sponsor Quinn visit her JustGiving Page. 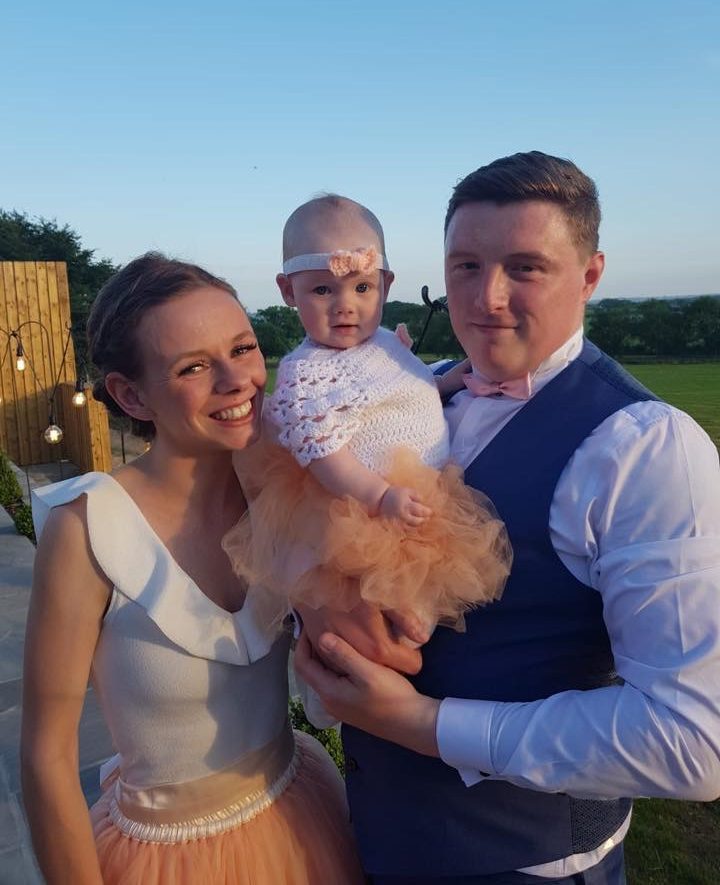 A younger Quinn with mum Natasha and dad James