PINK sparkles and cartoon characters adorn the face of a brave five-year-old girl with a superhero “Super Eye”.

Jess Charnock has had five operations – one for every year she’s been alive – to help improve sight in her left eye, but also wears an eye patch on her good eye to make the weaker eye work harder.

Jess has been wearing the patch since she was just eight weeks old, but when she started school in September, she started asking questions about why other children don’t wear eye patches. Her family told her she had a Super Eye which made her extra special.

Her mum, dad and auntie are now gearing up to take part in the Simplyhealth Great Manchester Run,  taking place on 19th May 2019, to raise funds for the Manchester Royal Eye Hospital Charity – the charity which supports the hospital where Jess has been receiving treatment.

“When she started school kids were asking her questions and she noticed other children don’t have to wear a patch,” said mum Lyndsey. “We sat her down to have a chat with her and we told her she has a Super Eye, like a superhero. She liked that.

“She has all different designs for her patch which makes it really nice for her.”

Lyndsey and husband Alan, who live with Jess and her older sister Millie in Atherton, first knew there was a problem just a few short hours after Jess was born. Doctors performed some basic newborn baby checks and noticed she didn’t have any reflexes in her right eye. The family were told it could be a number of different things, including a tumour.

“The word ‘tumour’ was obviously scary, but once we were referred to Manchester Royal Eye Hospital they confirmed she had cataracts and she could have low or no vision in her eye,” said Lyndsey, 36.

“She was six-weeks-old when she had her first operation – she was just so small, it was quite a scary time.

“But the doctors and surgeons were fantastic with her.

“She’s actually pretty laid back about everything that’s happened to her – she really takes the operations in her stride. Her big sister Millie is very good at looking after her. It’s only us parents that worry!”

Jess was given an artificial lens for her eye, but as she was so small, she couldn’t have one fitted during surgery as it would need changing as she grew, so her parents were given a contact lens to put in each day. A few weeks later Jess developed glaucoma, a common side effect of the operation. She needed further surgeries to help with drainage from her eye and to manage a squint. In total she has had five operations and may need more in future.

She now wears her colourful collection of patches each morning to make her weaker eye work harder. At lunch time she can remove it and see with both eyes.
Lyndsey, Alan and Lynsey’s sister Nicola Burke are now gearing up for the Simplyhealth Great Manchester Run 10K. Jess and Millie, both pupils at Sacred Heart Primary School, will be cheering on the runners from the side-lines.

Lyndsey said: “I’ve done 4.5 miles in training and Alan is active anyway, but we’ll just see how things go on the day. I was a bit nervous about doing it before, but I’m actually really looking forward to it now.”

Sarah Naismith, Director of Manchester Royal Eye Hospital Charity, said: “Jess is such a remarkable young girl. We feel very honoured to have her family running in support of our charity and wish them all the best in the training. We can’t wait to cheer on all our fundraisers as they cross the finish line.”

Anyone wishing to donate to the family’s fundraising efforts can visit their JustGiving Page. 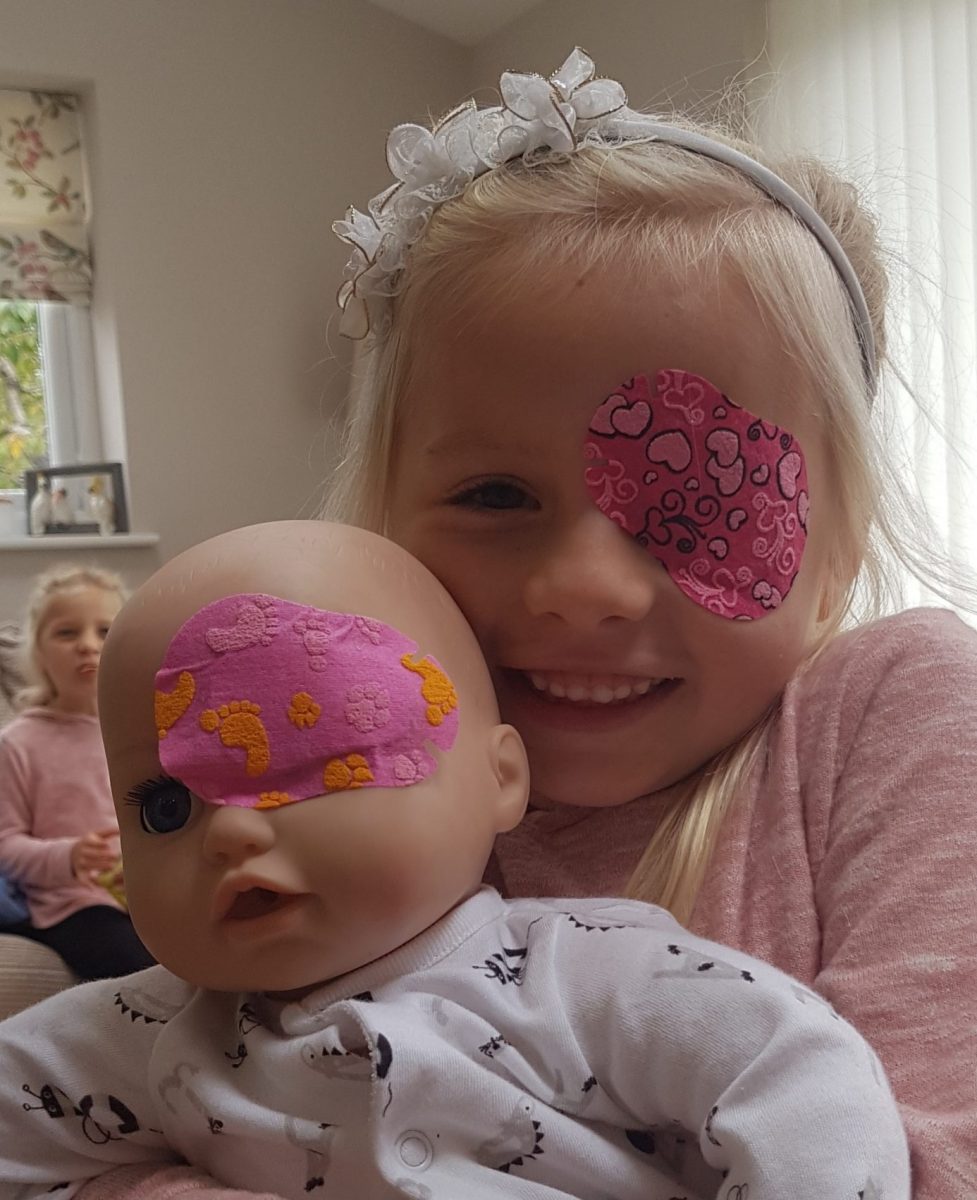