TV CHEF Gino D’Acampo was moved and inspired when he met young patients in the Starlight Ward.

The star has been an avid supporter of Royal Manchester Children’s Hospital Charity since meeting patients caught up in the Manchester Arena attack in 2017. He chose to make them his nominated charity when My Pizza & Prosecco Bar in Manchester’s Arndale launched in November that year.

After a previous trip to Royal Manchester Children’s Hospital (RMCH) last year, he went to meet young patients and staff at Starlight Ward, a satilite ward of RMCH, based on the Wythenshaw Hospital site.

He chatted to children and found out about some of the incredible work that has been carried out at Starlight thanks to the genersity of supporters like himself.

Gino said: “I’ve said it before and I’ll say it again, Royal Manchester Children’s Hospital Charity is an incredible organisation; what the charity does to make a positive difference to young children and their families’ lives, is truly humbling.

“It was both a privilege and an honour to meet with the patients and staff at the Starlight Ward today and to learn a little more about their great work. I’m delighted to support the Royal Manchester Children’s Hospital Charity as the nominated charity of My Pizza & Prosecco Bar.”

Among those who Gino chatted to was 11-year-old Ollie and mum Michaela Hatchell from Wythenshawe. Ollie said: “They got chatting about pizza and Ollie told Gino his favourite topping was chicken. He liked meeting him and having his picture taken with him.”

The chef also met Faith, who spoke to Gino about the popular TV show FRIENDS, which her parents had brought into the ward for her to watch. Mum Michelle James said: “It was very kind of him to come and see the patients. It brought a big smile to her face.”

Gino has previously donated £10,000 to the charity following the creation of his special Humphrey Granny Smith Martini cocktail and mocktail, from which £1 of every sale went to the charity. The father-of-three also donated £1 from the sale of every margherita pizza.

During the visit to Starlight he brought along a further £3,000, taking his total amount donated to £13,000.

Gino has now launched a new range of smoothies, including Phillip’s Feel-good Factor and Bunton’s Beetroot Boogie. Celebrity friends including Emma Bunton, Keith Lemon and Phillip Schofield came up with the recipes and each drink is named after their famous creator. The generous chef will be donating 50p of each smoothie sale to Royal Manchester Children’s Hospital Charity.

Sarah Naismith, Director of Royal Manchester Children’s Hospital Charity, said: “We’re incredibly grateful for Gino’s continued support of the charity. Visits from our supporters always help inspire our children and lift their spirits, particularly those who perhaps have been staying on the ward for a long time.

“We’re so pleased Gino was able to spare us some time in his busy schedule to see for himself what our wonderful Starlight Ward is like.”

The support of Royal Manchester Children’s Hospital Charity means the hospital can provide additional resources that make life easier for patients and their families who use the hospital. 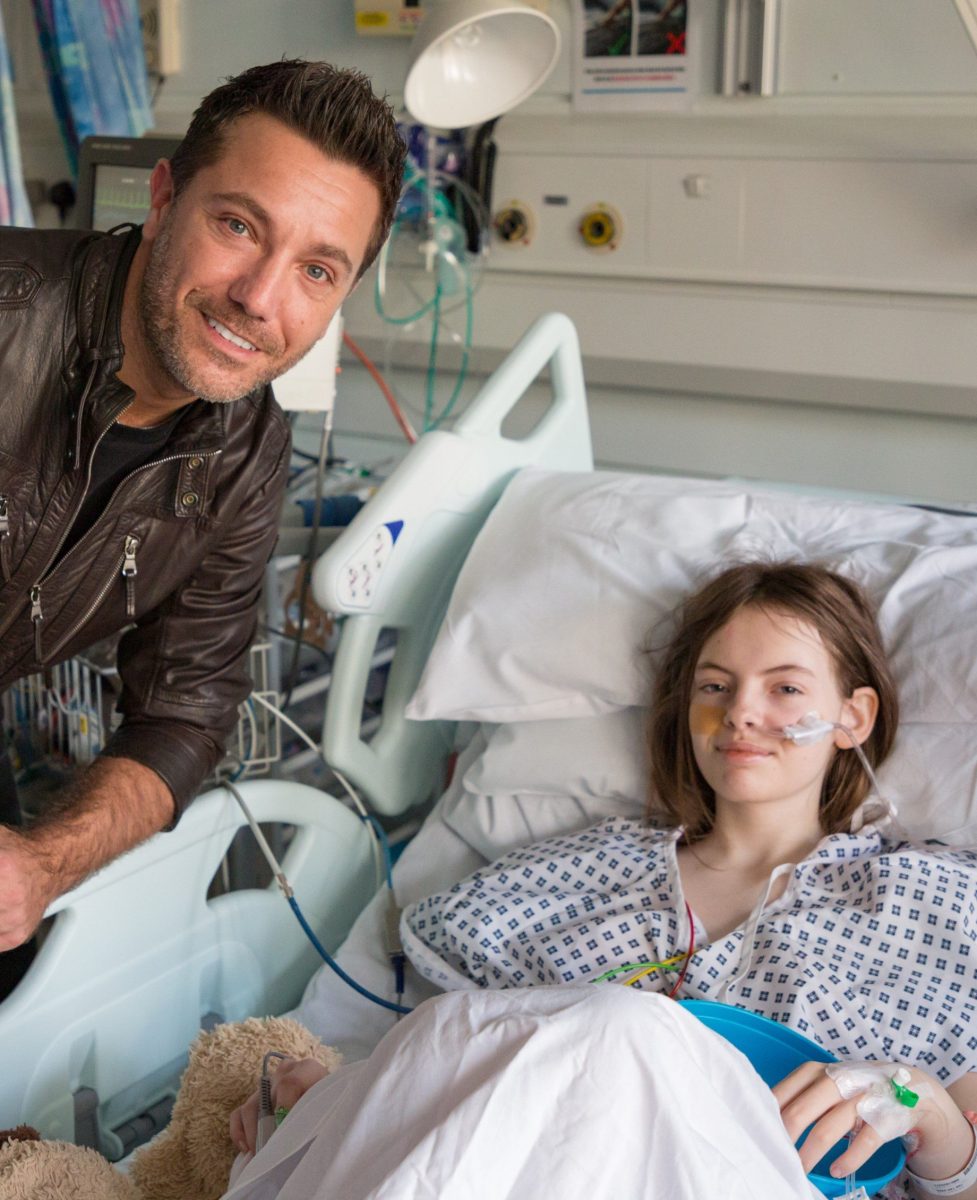