World Kidney Day, which this year is taking place on Thursday, 10th March 2022, is a global campaign aimed at raising awareness of the importance of our kidneys to overall health. The campaign also hopes to reduce the frequency and impact of kidney disease and the associated problems.

Someone who knows all too well of the risks of a kidney disease diagnosis is Andrew Moorhouse. Here, he tells the story of two generations of kidney transplants and why his mother chose to leave a donation to Manchester Royal Infirmary Charity in her Will…

My dad’s mum died in her late 50s in the 1960s after her kidneys failed due to being polycystic (polycystic kidney disease is an inherited disorder in which clusters of cysts develop in your kidneys, causing them to enlarge and malfunction). I’m not aware that she received any treatment for the disease, probably because at that time haemodialysis machines were still in their infancy.

My dad Brian was one of four siblings and grew up near Oldham Edge. He graduated with a first-class degree in Civil Engineering before working at a company that designed and constructed sea walls and bridges. He met my mum Pamela there and they married in 1957.

I don’t remember when dad first started having health problems as I was still quite young – mucking about with footballs, cricket and pop songs. But I do remember dad having low protein bread that came in red tins.

At some point in the mid-1970s our family home was re-configured and a new room appeared downstairs with white tiles on the walls, terracotta tiles on the floor and a big sink in the corner. There was a bed that faced out of the French windows onto the back garden and in the middle of the room was dad’s dialysis machine. I remember it was blue and white with big dials, knobs and tubes on it. Some sort of pumps whirled and pulled dad’s blood from the fistula in his arm through the layers of clingfilm-like materials in the machine and then back for another tour round his body.

From memory he had dialysis three times a week – twice through the night and on Sundays after morning church. In summer I’d sit with dad during his dialysis and we’d watch the cricket on the black and white TV which sat on one of those over-bed tables.

Mum was his carer and she’d insert needles, set up the kidney machine and then clean it down after each use. I’m sure she did other things too but probably we children were shielded from that.

One day, mum had to get dad to Manchester Royal Infirmary very quickly. I presume because he was unwell. Apparently, all the traffic lights on the way were red and dad said “everything’s against us”.

In the long, hot summer of 1976 dad had a transplant. We four children were taken to see him in his hospital room at Manchester Royal Infirmary. In a precursor to Covid we had to stand outside his closed window and mouth words to him. It was the last time I saw him alive as he died in hospital a few days later.

One of dad’s brothers also suffered from renal failure and unfortunately died before a suitable donor could be found.

Dad worked hard and made sure our family was financially secure before he passed away. Mum’s dad died from stomach cancer less than one month before dad, so it was a difficult time for our family.

Not long after dad’s death my mum set up a charity group and was determined to raise as much money as possible to help solve some of the afflictions affecting those with renal disease. She helped organise coffee mornings, raffles and even an event where Bobby Charlton drew the tickets from the tombola drum!

In about 1979 mum was contacted by Manchester Royal Infirmary’s Renal Department as they thought it would be useful to have us boys tested for polycystic kidney disease (PCKD). We were both diagnosed as having the disease. Our younger sisters, still in their mid-teens, weren’t tested.

I was quite badly affected by dad’s death and I lost interest in my schooling. When I received my PCKD diagnosis I gave up altogether. I felt my body was failing, therefore I was a failure. I got a job in a bank, but when I naively told them about the PCKD, they decided against employing me. This was in the days when that sort of thing could still happen! Eventually I found some other employment in a payroll department in Oldham.

My brother David needed a transplant a few years before mine. His wife donated her kidney to him. The match wasn’t the strongest, but it was deemed good enough.

At the age of 50 my need for a transplant arrived. My kidneys had been doing less than 5% of the work they needed to do to cleanse my blood. This meant I had a lot of symptoms including: needing to urinate a lot, especially at night; very painful and regular episodes of cramp; swollen fingers and feet; itchy skin; feeling very cold, even on hot days; and a debilitating weariness. Some of the symptoms were assuaged when I was prescribed medication and then later when I went on peritoneal dialysis.

The hospital advised me to find a donor and I immediately thought “why would anyone do that for me?” but my goddaughter did as part of the shared scheme.

On 18th January 2012 my goddaughter and I went to Manchester Royal Infirmary in preparation for the operation the next day. At 8am she had one of her kidneys removed. The operation only started when confirmation was received that another donor at a hospital in the south was also in theatre and ready for their first incision.

My goddaughter’s kidney was not meant for me. It was blue-lighted down to the southern hospital for transplantation into a needy patient for whom it was a better match. The donor kidney from the south came up to Manchester for me for the same reason.

The transplant worked really well and I was so relieved that my symptoms of the increasingly-debilitating effects of end stage renal failure were finally gone. My new kidney started working straight away, although I am conscious not everyone is so lucky.

After my transplant I became a self-employed publisher. I now work with poets, artists, printers and book binders and I’m finally happy in my work. In June 2012 mum organised a party to celebrate my successful transplant and we raised £6,000 for a kidney charity. I’m incredibly grateful to all my friends and family for their support but also to the amazing NHS workers. Everyone from the consultants, doctors and nurses to the kitchen staff, cleaners and porters. They were all incredible. I’m also thankful to my goddaughter and the person in the hospital in south England who gave me a new lease of life.

I don’t know whose kidney I have and don’t want to know. It could be anyone of any gender, ethnicity, nationality, religion, sexual orientation, age or, most importantly, taste in music! I want to believe I can pass someone in the street and it might be the person who gave me a kidney.

My mum passed away in December 2021 from vascular dementia. When she wrote her Will she made sure there was a bequest to the Renal Department at Manchester Royal Infirmary. She wanted the money to support the work of those wonderful NHS employees in the hope other families might not have to go through the things her family did. 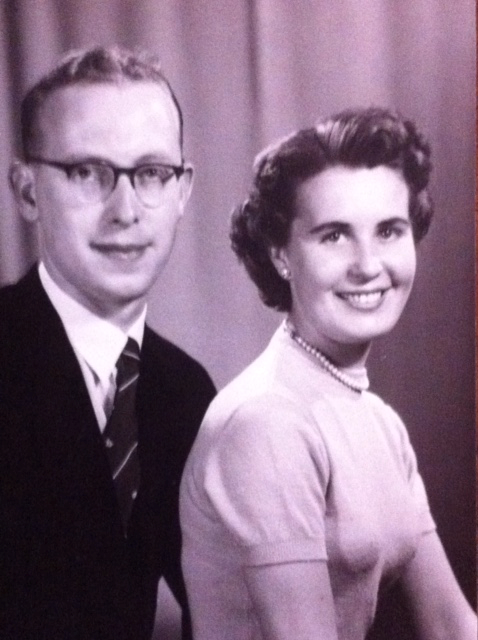