Richard Potter felt so passionate about the care he received at Manchester Royal Infirmary, he climbed Ben Nevis to raise funds. Here he tells us why…

I’d had what seemed like an allergic reaction to eggs, when I was eventually referred to specialists at Manchester Royal Infirmary. The word ‘leukaemia’ had come up before, but actually getting the diagnosis of chronic lymphocytic leukaemia was a huge shock. Until that point you hope it’s a mistake, or something else.

My consultant was absolutely fantastic and the whole haematology department were incredible. A senior nurse explained all about the diagnosis and gave my wife Helen and I lots of booklets and information to take away. He answered all the questions we had – it was incredibly helpful. We were both in pieces but we were reassured I was in good hands.

When I described the help and support I was receiving to friends, they assumed I was at a top specialist cancer hospital. I was proud to tell them I was under Manchester Royal Infirmary.

In January 2014 I started a six month course of chemotherapy. Everyone knew me when I came in and the whole team were so nice.

After the chemotherapy finished I returned to work but I was still in touch with Manchester Royal Infirmary and had regular check-ups to keep an eye on things. But sadly in February 2018 I was diagnosed with myelodysplasia.

I was told I would eventually die from the condition. It could be a few weeks or a few years, but it would happen eventually. I was told the only treatment that could save me was a stem cell transplant, however that came with huge risks.

When I was first diagnosed with leukaemia it had been a shock. But I’d got through the treatment and got back to normal life. So this just felt so horrible. It was all happening again, only this time it was much worse. The seriousness of it all really hit us hard.

We’re keen walkers, so just before my second diagnosis we’d been talking about doing a challenge of some sort. Helen and I had climbed Snowdon and managed it okay, so with encouragement from friends we decided to climb Ben Nevis and raise money for Manchester Royal Infirmary Charity.

We decided to do it in the summer of 2018, just before my stem cell transplant. It was amazing how much encouragement and support we received from colleagues, friends and family. We even wrote to famous Everest climber Sir Chris Bonington, who sent us messages of support.

On the day the snow and strong winds made it difficult to walk so we had to mark 1,230metres as the highest point (the peak is 1,345m). In total the group of us raised £6,841.17 for leukaemia research at the infirmary.

I had the stem cell transplant in July 2018 and found out the donor was a 25-year-old male from Canada. I’ve sent a ‘thank you’ and hope that one day we can meet up.

There has been a lot of sadness during my treatment, but there have been a lot of good things to come out of it too. I have nothing but praise for the haematology department and can’t thank them enough for what they’ve done for me. 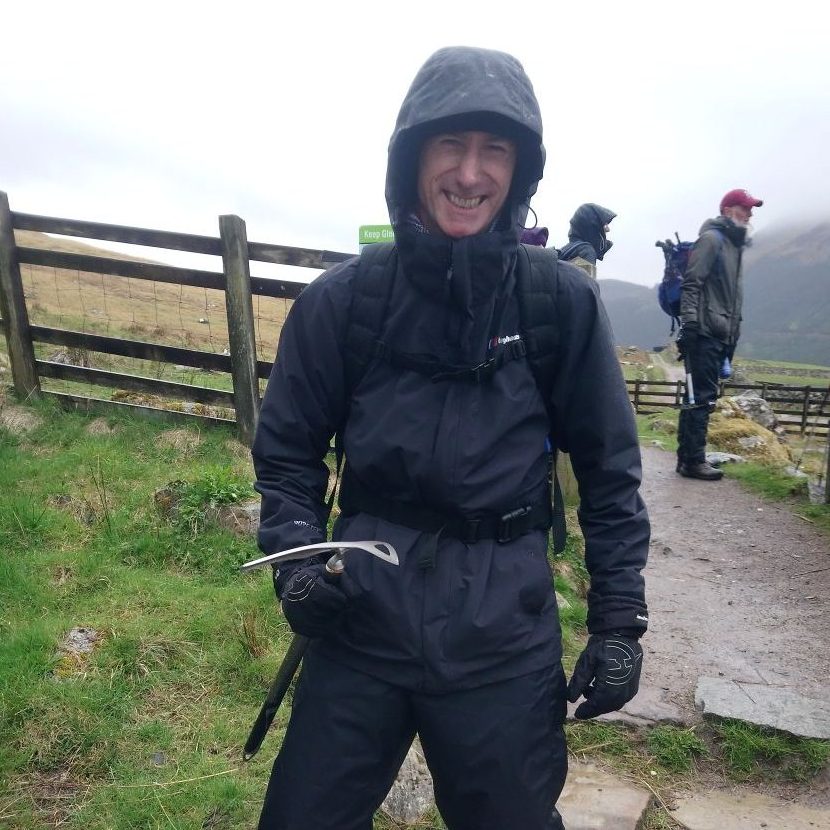