Patient Richard Potter decided to give back to Manchester Royal Infirmary by taking on a mountainous challenge!

Richard was diagnosed with Chronic Lymphocytic Leukaemia and underwent chemotherapy in 2014, sadly he was recently diagnosed with a condition called myelodysplasia which means this summer Richard will need to undergo a stem cell transplant.

Determined to give back to the Haematology team at MRI for the wonderful care he received from, Richard decided to climb Ben Nevis and roped in the support of his family and friends Helen Potter, Karen Cook, Andrew Potter, and Jacqueline and Peter Yates.

When they began the climb the weather was against them with heavy rain and further up mountain, the path disappeared in the snow and the mist started to descend.  The team decided to carry on and in the next section battled snow and strong winds and found it difficult to walk.  With whiteout conditions the team had to mark 1230 metres as the highest point for the day.  After 8 and half hours of hard work they reached the bottom victorious and thrilled with their amazing achievement.

Their mountainous efforts raised £6,841.17 which will support Leukaemia Research at Manchester Royal Infirmary. 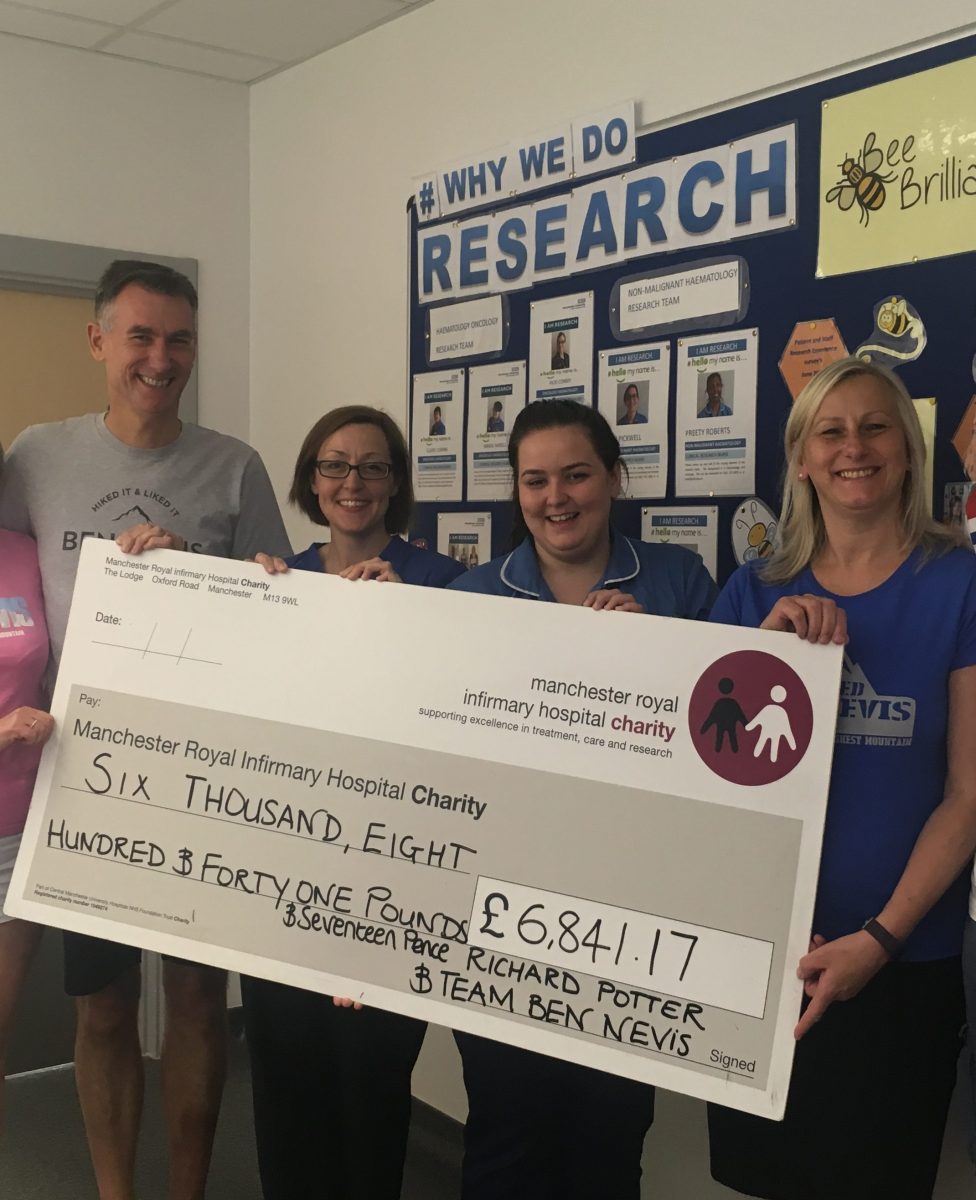